Tata Nexon to be launched on September 21 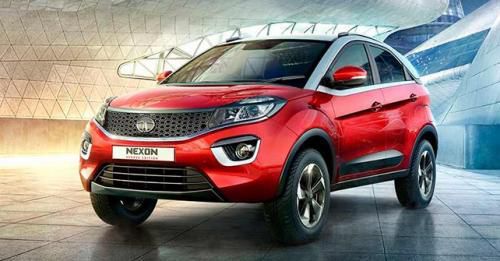 To rival the Ford EcoSport and the Maruti Suzuki Vitara Brezza, Tata Motors is set to launch their contender, the Tata Nexon in India on September 21, 2017.

Tata Motors has confirmed that bookings for their upcoming offering, the Nexon will officially commence from September 11, 2017. All Tata Motors dealerships in India will be accepting Rs. 11,000 as booking amount for the Nexon, while customers will also most likely be in possession of their new Nexon by the end of the month.

Moving away from the 1.3-litre Multijet diesel engine, Tata Motors has developed a new turbo diesel motor which has a displacement of 1,497cc and produced 108bhp and 260Nm of torque. Additionally, the Nexon will be offered with a 1.2-litre turbocharged 3-cylinder petrol motor as well. The petrol engine also produces 108bhp, however only 170Nm of torque. Currently, the Nexon is only offered with a 6-speed manual gearbox as standard with both engines. After assessing the demand, Tata Motors may also introduce an automatic at a later date.

The Nexon will be available in up to 5 trim options. The fully loaded XZ+ trim will feature a 6.5-inch HD touchscreen mounted on top of the dashboard, while the rest of the interior layout is similar to other Tata models. As for the features, the Nexon will come with climate control, rear AC vents, a Harman infotainment system with eight speakers and Android Auto. Apple CarPlay will be included at a later date.

As far as the pricing is concerned, Tata Motors will have to price the Nexon competitively especially in one the most aggressive segment. Looking at the competition, the Nexon is expected to be priced around the 7-10 lakh mark.