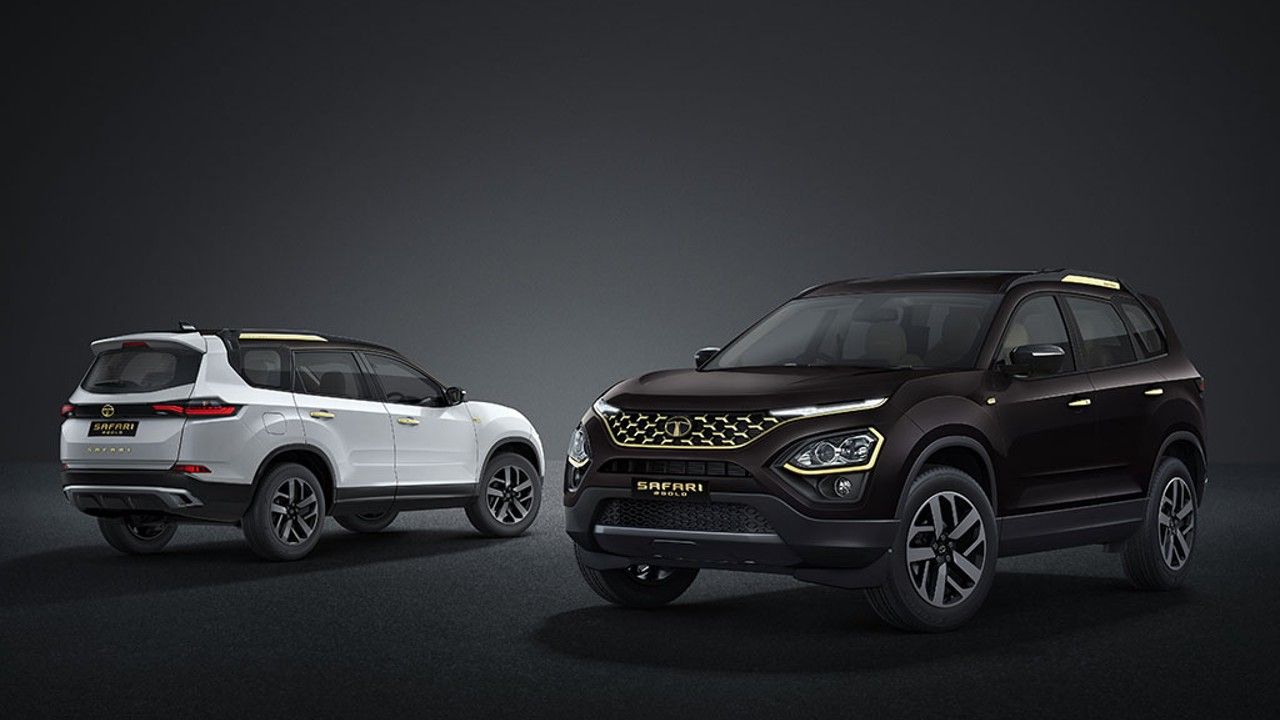 The special edition of the new Tata Safari features two versions – white gold and black gold – both of which are priced at Rs 21.90 lakh. Both iterations get some minor changes to the exterior and interior elements

Tata Motors has just introduced a new Gold Edition version of its flagship SUV, the Safari. While the special edition model has been launched, it will only make its first public appearance at the Vivo IPL 2021 that will soon resume in Dubai. Tata has priced the Gold Edition at Rs 21.89 lakh (ex-showroom), making it roughly Rs 1.15 lakh more expensive than the Safari XZ+ Adventure variant.

For the additional money, Tata has washed the Safari Gold Edition with two exclusive paint combinations – White gold and black gold. The former gets a white body paint that has been derived from the Frost white colour. To add some contrast to the overall design it also gets some black painted bits like the roof. On the inside, the face of the dash features white marble like panel. On the black gold iterations, the exterior of the Safari features ‘Coffee Bean’ inspired colour. Both cars get some contrast gold bits on the outside like the front grille, door handles, headlight surrounds and some accents on the roof rails. The interior of this iteration features Dark Marble finish in comparison to the White Gold version, and in our opinion, is the better-looking treatment of the two. Tata has fitted both cars with quilted leather upholstery that adds to the premiumness of the cabin. Features list includes ventilated for the first and second row, wireless charging, Apply CarPlay, Android Auto and more.

Everything else about the car remains largely unchanged. Tata will only offer the Gold Editions with a 2.0-litre diesel motor that is good for 168bhp and 350Nm. While the standard iterations are on sale with an automatic, the Gold Editions will only be sold with a manual transmission. The Tata Safari competes against the Hyundai Alcazar, MG Hector Plus and the likes