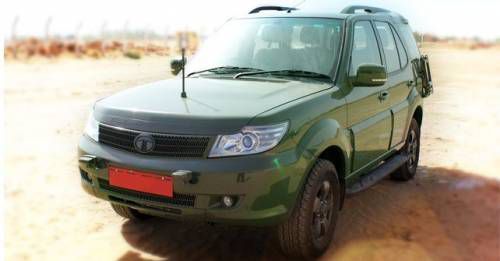 The Indian Armed Forces have placed an order for 3,192 units of the Tata Safari Storme 4x4.

Tata Motors has sealed a deal with the Indian Armed Forces to provide them with 3,192 units of the Safari Storme 4X4. All the vehicles will be built to Army spec – under a new category, namely GS800 (General Service 800).

The Indian Ministry of Defence (MOD) categorically mentions that vehicles should meet three basic criteria – minimum payload capacity of 800 kilograms, have a hard roof and air conditioning. The Safari Storme meets all three, of course, and has been developed indigenously for the job. As per Tata, the Safari Storme 4x4 completed a trial run of fifteen months in different terrains across the country, so as to qualify for the strenuous job that it’ll be tasked with in the company of Indian Army.

On the mechanical front, the Army-spec Safari Storme is unchanged from the regular version. It will come powered by the same 2.2-litre turbo diesel engine that develops 154bhp and 400Nm of torque. Power is transmitted by a six-speed manual transmission. The vehicle is equipped with electronic shift-on-fly technology that lets you enable 4x4 or 4x2 modes on the move. The suspension setup has been tweaked slightly.

Commenting on the development, Vernon Noronha, Vice President, Defence & Government Business, Tata Motors Limited said, “We are very proud to have received this prestigious order for over 3000 units of the Safari Storme under the newly formed GS800 category. Tata Motors has been a leading supplier of mobility solutions to the Indian Armed Forces and this order is a testimony to our partnership with the country’s security forces. This variant of the Storme has been modified from the one available for civilians with an upgraded drivetrain and significantly modified suspension. The Safari Storme was conceived and designed keeping in mind the need for a rugged, comfortable and reliable vehicle, making it popular with law enforcement agencies. We will shortly commence delivery of these vehicles for the Army and Navy in a phased manner.” 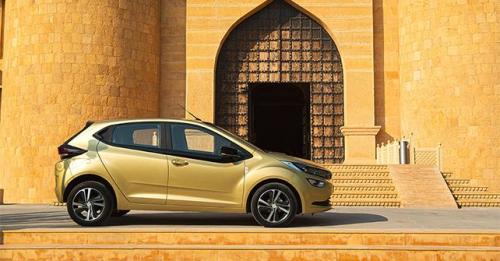