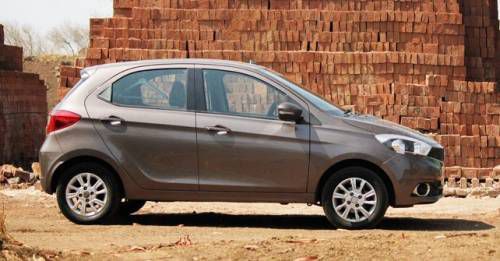 Since the time of its launch, the Tiago has consistently been the best-selling model for Tata

In a recent announcement, Tata has announced that the Tiago has now registered more than 1 lakh bookings. The company launched the Tiago in April last year and since then the hatchback has consistently been their best-selling model. More than 65,000 Tiagos have already been sold and Tata says that their production line at Sanand is working at its full capacity.

Speaking about the feat, Mayank Pareek, President, Passenger Vehicles Business Unit, Tata Motors said, "Tiago boasts our new IMPACT design philosophy and has been a game changer for Tata Motors. With its stylish design, enhanced performance and drive dynamics, TIAGO led the company's transformation journey, setting a benchmark in the hatchback segment. We have witnessed a healthy month-on-month growth on the back of a strong demand. The car is making all the right noises in India. We are extremely happy with the response received so far and are confident of achieving more milestones in the months to come."

In the last few years, Tata has worked hard towards changing its brand perception and their new IMPACT design philosophy has been a huge contributor. Moreover, the company has improved quality of its products while retaining its DNA of space and affordability. Tata has consistently managed monthly sales of more than 4,000 units of the Tiago, over the past six months.

The Tata Tiago is being sold with petrol as well as a diesel engine option. The 1.2-litre petrol produces 84bhp and 114Nm, while the 1.05-litre diesel puts out 69bhp and 140Nm. Both engines come mated to a 5-speed manual transmission while the petrol also comes with an AMT option.