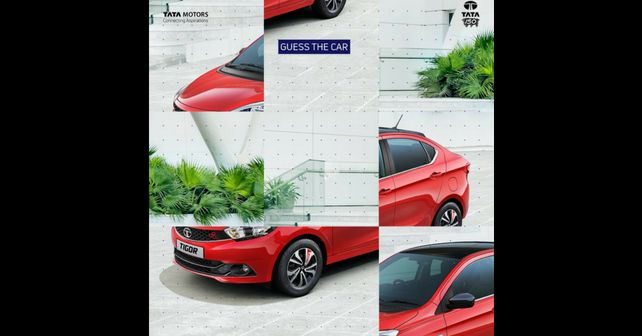 A special edition Tata Tigor is on the way.

Tata Motors has started to tease the Tigor Buzz special edition on its official social media channels. The car is expected to be launch in India very soon.

The teaser, which shows a jumbled photo of the car’s exterior, reveals certain key elements which will differentiate the Tigor Buzz from the standard model. Interestingly, most changes/additions seen on the Tigor Buzz are quite similar to the Tiago Wizz special special edition, which was launched in September 2017.

The upcoming Tigor Buzz limited edition will sport blacked out roof and ORVMs, red accents on the grille and wheel covers. The red accents are also expected to continue on the interior on the AC vent surrounds. Then, there will be a Buzz edition badge somewhere on the bootlid.

As you’d expect, there won’t be any mechanical change on the Tigor Buzz. The car will continue with the 3-cylinder petrol and diesel engines. The petrol is a 1.2-litre unit, which is good for 84bhp and 114Nm, while the diesel is a 1.05-litre unit, which produces 69bhp and 140Nm.