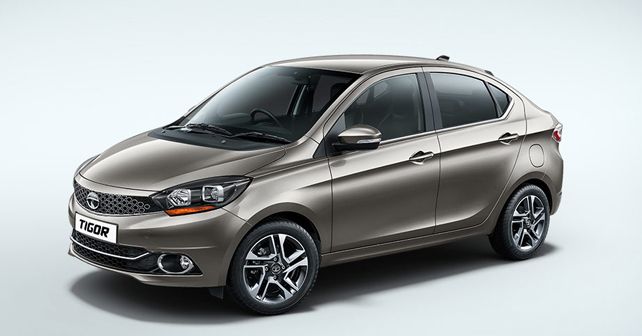 Tata is offering the Tigor with two new AMT variants, namely - XMA and XZA+. While the former makes two-pedal motoring more affordable for Tigor customers, the latter brings all the bells and whistles of the top-spec model to the AMT version of the car.

Tata Motors has added two new AMT (automated manual transmission) variants to the Tigor range. The new variants, namely – XMA and XZA+ - are priced at Rs 6.39 lakh and Rs 7.24 lakh (ex-showroom, Delhi), respectively. The XMA introduces the AMT option to the mid-level variant of the car, whereas the XZA+ is the top-spec model. Prior to the inclusion of these two, AMT was only offered with the XZA variant of the Tata Tigor.

The XMA and XZA+ variants are mechanically identical to the XZA, meaning they’re only offered with a petrol powertrain. The engine is a 1.2-litre Revotron unit that churns out 84bhp and 114Nm of torque and comes paired to a 5-speed AMT gearbox.

Coming to the features and equipment, the introduction of XZA+ means that customers will now be able to buy the automatic version of the Tigor in its fully-loaded spec. The XZA+ is based on the XZ+ manual variant, which means it gets top-end features such as a 7-inch touchscreen infotainment system equipped with Apple CarPlay, Android Auto and an 8 speaker sound system by Harman, 15-inch diamond cut alloy wheels, electrically foldable ORVMs with integrated LEDs, et al.

The XMA variant, on the other hand, has made AMT option more affordable for Tigor customers since it’s based on the mid-level XM variant. Having said that, it’s decently kitted out with features as well. It gets driving modes, a Harman tuned music system with Bluetooth connectivity, reverse parking sensors, foldable rear armrest, et al. In terms of safety, both the new variants are equipped with dual airbags, ABS with EBD, speed-dependent automatic door locking and engine immobilizer.