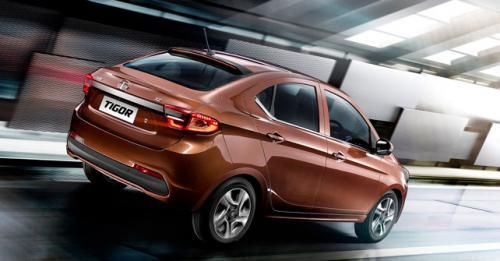 Tata Motors has expanded the variant of its Tigor compact sedan with the launch of a new XM variant. The Tata Tigor XM fits in between the base XE variant and the XT variant. Priced at Rs. 4.99 lakh (ex-showroom Delhi), the Tigor XM packs in a few extra essential features over the XE variant. These include a stereo, power windows front and rear, manual central locking accompanied by drive away door locks, fabric seats, theatre dimming interior lamps, LED fuel gauge and full wheel covers. As of now the company has only revealed prices for the petrol Tigor XM variant.

Commenting on the launch of the Tigor XM, Vivek Srivatsa – Head - Marketing, PVBU, Tata Motors, said, “We are constantly working towards filling in spaces in each segment and Tigor XM is our response to this growing segment. As per our turnaround strategy, we are working with a renewed focus and energy to improve our market share and bring products faster to market.”

The Tata Tigor model range is otherwise available with the choice of an 84bhp, 1.2 litre, three cylinder petrol engine or a 69bhp, 1.05 litre, three cylinder diesel engine. Both engines are offered with a five-speed manual gearbox as standard. Although, in future the Tata Tigor is likely to be offered with the option of an automatic transmission in the form of a five-speed AMT unit which it currently offers in models such as the more premium Zest compact sedan and the Tigor’s hatchback sibling, Tiago. In fact, not too long ago Tata added another AMT automatic variant to the Tiago. You can read about it here – Tata Tiago XTA AMT launched at Rs. 4.79 lakh