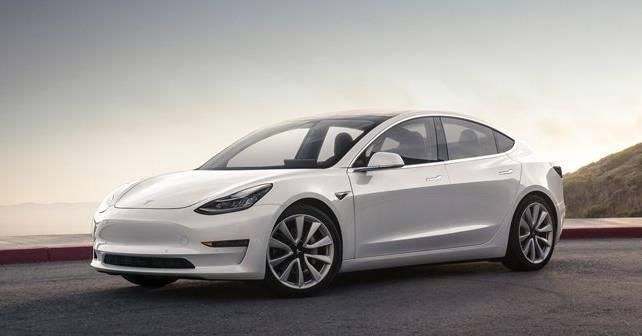 Bookings of the dual-motor all-wheel drive and Performance variants of the Model 3 will begin from next week, confirmed Elon Musk.

Tesla may have been running a bit late on delivering on its promises, but that doesn't stop the CEO Elon Musk from coming out with more ambitious plans. In a recent development, over Twitter that is, Musk confirmed that the AWD and Performance variants of the Tesla Model 3 will be available soon in the US, with bookings starting from as early as next week.

Being the most affordable Tesla, the Model 3 is only offered in rear-wheel drive configuration, while the Model S and Model X come with all-wheel drive as standard. Now what remains to be seen is if Tesla makes AWD standard for Model 3 as it did with the Model S (it was first launched in RWD-spec). The Model X was always an AWD vehicle though, since it's a crossover.

As for the specs of the new AWD, Tesla hasn't revealed anything officially. That said, the AWD Model 3 will come with dual motors (one powering each axle) and is expected to feature a bigger 90kWh battery pack. Currently, the Model 3 is available in two battery pack options - 50kWh and 75kWh. The Performance version, on the other hand, will have quicker 0-100km/h acceleration, which means it should be well below the 5 second marker. Musk also confirmed that the car will get air-suspension from next year.

Now while all these updates will make the Model 3 even more desirable, Tesla is still struggling as it's producing cars at a painstakingly slow pace. The company was supposed to produce 5,000 vehicles a week starting this year, but it's lagging far behind its target (only 2,000 cars are being produced over a good week without any hiccups). Not to mention, Tesla requires some big investment to stay afloat in the market as it's reportedly burning cash at the rate of 5,000-7,000 US dollars a minute! And if that continues to be the case, it's forecasted that the company will go bankrupt before the end of this fiscal.

That said, we're expecting Elon Musk to pull out another stunner soon, since he or Tesla won't go down with a fight.