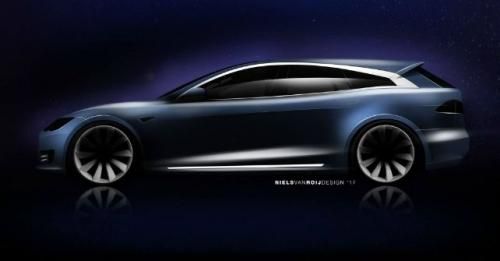 Rumours of a Tesla Model S Shooting Brake have been circulating online since October. Now, the sketches of the car have been released. Dutch designer Niels van Roij has designed the new Model S Shooting Brake, which will be produced by RemetzCar at its coachbuilding facility near Amsterdam. RemetzCars is a company that specialises in converting standard cars to stretched limousines. From the Mulsanne to the Range Rover, the company has modified a lot of varied cars to stretched limousines.

The new iteration of the Model S has a stretched roof that gives it a station-wagon-like appeal. With the additional length also comes the possibility of a bigger boot. That being said, everything under the waistline looks identical to the Model S. While no official photos of the Model S Shooting Brake have been released as yet, we managed extract an image of the vehicle from a video released by the company, which you can see below. 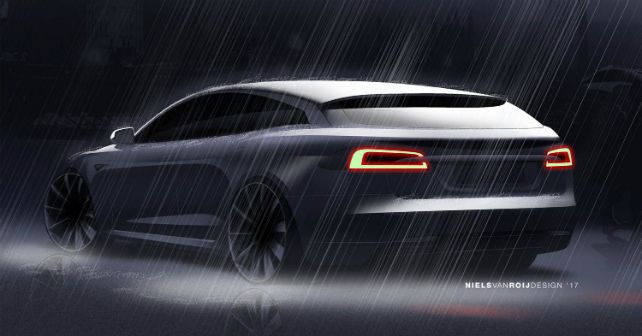 Speaking about the Model S Shooting Brake, designer van Roij said, “The conversion merges seamlessly with the Tesla base vehicle, while clearly communicating through form, design language and materials that this is a tailor-made Shooting Brake. And of course, we added a completely new sculpted rear end, keeping the shoulders of the car alive, thus ensuring a bold stance.”