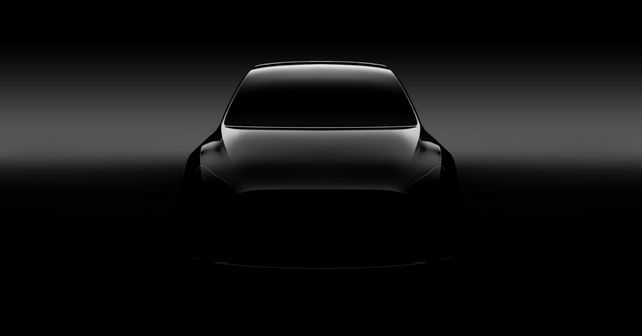 Another high-riding vehicle is set to join Tesla’s range.

At its annual shareholder meeting, American EV maker Tesla revealed a teaser image of the new Model Y crossover, at the same time confirming that the vehicle will be revealed in all its glory on March 15, 2019.

Tesla has also confirmed that the car will enter production in 2020. Previously, the Model Y’s production was expected to commence in 2019 itself, however, due to delays in Model 3's line, the former’s production has been pushed back by an year or so.

Coming to the Model Y, it will be the company’s second crossover after the Model X and will be positioned below the former. It will be based on the Model 3 but is expected to be more dynamic and tech laden to justify its comparatively premium positioning.

From the teaser, the Model Y appears to have no ORVMs, which hints at Tesla developing some new screen/camera technology concept to replace mirrors in future. However, since the current car laws require vehicles to have ORVMs, the final production-spec Model Y is bound to sport them, at least until the laws change.

In addition to Model Y, Tesla is also developing a new compact car that is expected to go on sale within the next five years. Tesla is also said to be working on expanding its commercial vehicle portfolio, which may include a new pickup truck, a minibus and a cargo van.