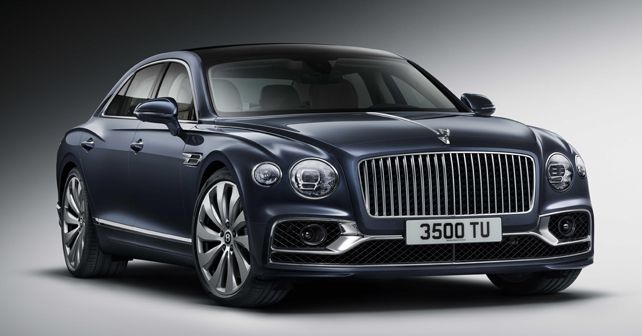 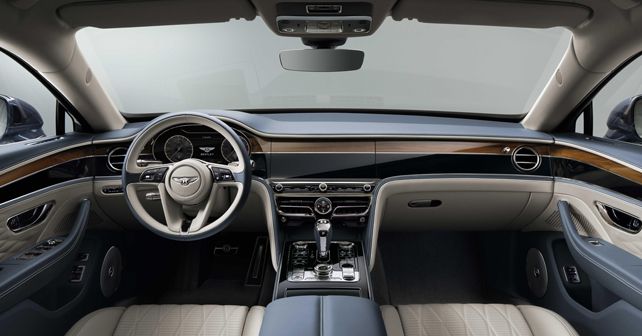 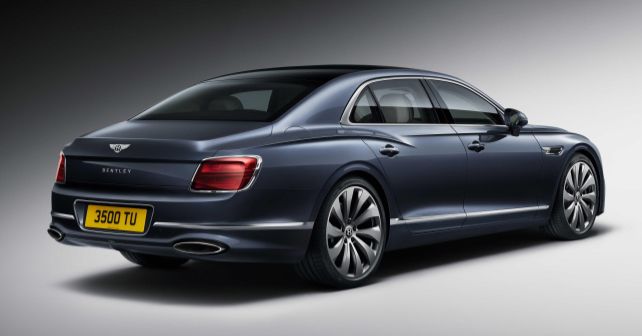 Meet the all-new Bentley Flying Spur. This is the third-gen model of Bentley’s luxury grand tourer, and according to the British marque, the new model has been built completely from the ground up and it’s a combination of ‘limousine luxury with sports car performance’. Quite a boastful statement to make, but then it does have a lot of exuberant stuff inside and out…

First and foremost, the Flying Spur has now moved to a new and lighter MSB platform, which it shares with the new Continental GT as well as the Porsche Panamera. Thanks to the new base, it’s now slightly longer than the previous version at 5,316mm and has a wheelbase that’s increased by 130mm. Design wise, it looks more modern and edgier, courtesy its new front-end that features a large grille, new LED headlamps with cut-crystal effect, and a retractable ‘Flying B’ mascot. In its standard guise, the big Bentley rolls on 21-inch wheels, albeit you can upgrade to 22-inch alloys. Overall, it looks quite stately, we’ve got to say.

The cabin looks very similar to the new Continental GT, which is no bad news. Highlights inside include a digital virtual cockpit, along with a rotating central display that can switch between a 12.3-inch touchscreen infotainment to analogue dials or to plain wooden veneer. Back seat passengers will get a new touchscreen remote that’s mounted on the centre console. This can be used to adjust the climate control, seat massager and mood lighting. Not to mention, there’s leather everywhere and there are 15 hide colours to choose from.

Propelling this new Luxo-barge will be Bentley’s 6.0-litre W12 engine that develops 626bhp and 900Nm of torque. Power will be sent to all four wheels via an eight-speed automatic gearbox. Now, while the car weighs nearly 2.5 tonnes, its performance isn’t shabby. 0-100km/h will only take 3.8 seconds, while you may as well continue to hit a top speed of 333km/h.

The third-gen Flying Spur is the first Bentley to be offered with an all-wheel or four-wheel steering system. Additionally, it has a three-chamber air suspension, as well as new CDC or Continuous Damping Control feature.

There’s no news if the new Bentley Flying Spur will come to India anytime soon. However, given the fact that the Bentayga and Continental GT are already available here, it won’t be surprising to see the new Flying Spur go on sale in India. If that happens though, it’ll be brought into the country in very, very limited numbers.