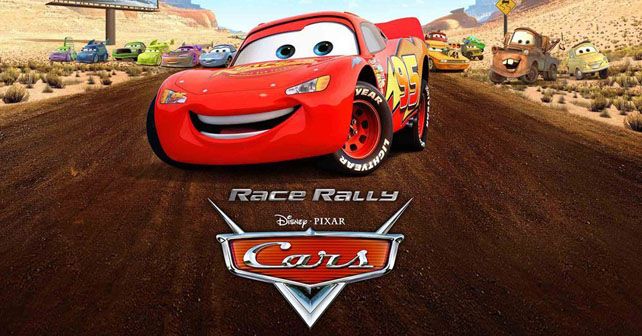 Social distancing, self-quarantine, and pandemic virus outbreak, who would've thought these terms would actually affect our lives instead of, say, Hollywood box office. Sadly, there is no escape, Coronavirus (COVID-19) is very much a reality, and the best defence against this menacing virus is self-isolation. Apart from working from home, how does one quench the thirst of daydreaming of cars and motorcycles? With the internet still a major blessing for all of us – thankfully Skynet from the Terminator hasn’t taken over the world yet – we five you top 5 animated series and movies with some of the wacky cars and futuristic bikes, which will keep you glued to the screen and some will actually manage to tickle your funny bones. So, it’s time to fire all cylinders and in the famous words of Optimus Prime, ‘Let’s roll’ and kick away the Coronavirus lockdown blues. 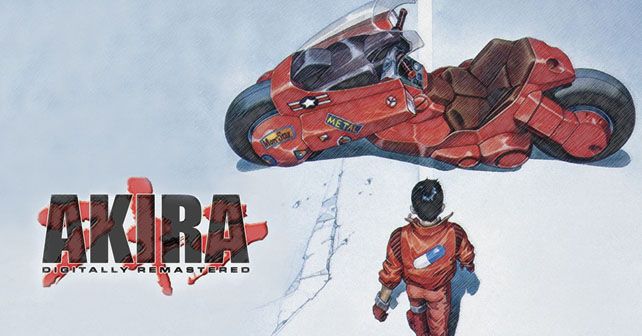 It’s like going back into the future for the 80s’ kids. Akira was an iconic manga-based animated movie that was released in 1988. It’s all about big, flashy bikes with crazy neon lights, plenty of biker gangs, and, of course, the world is about to end. When the only constant thing is chaos, Shotaro Kaneda’s vigilante biker gang clash with their rivals and during this attack, his best friend Tetsuo Shima crashes his motorcycle into Takashi, a person who has the extrasensory perception or ESP or sixth sense and has escaped from a secret government laboratory. The paramilitary forces arrive and send unconscious Tetsuo to the hospital only to find out that he possesses psychic abilities similar to Akira. So, who is Akira? Akira was a young esper, who was responsible for the nuclear destruction of Tokyo 31 years ago. After he died, the government secretly kept his remains under the Neo-Tokyo Olympic Stadium. With hallucinations and uncontrollable rage, Tetsuo goes on a killing spree as he desperately searches for Akira’s remains and to find the answers of what he is becoming. With gun-toting high-speed chase scenes and with futuristic mean machine bikes, Akira is a must-watch. As the story unfurls, you'd find yourself wondering whether Akira and Tetsuo are anti-heroes who are all set to destroy Neo-Tokyo or is there is a twist in the tale? 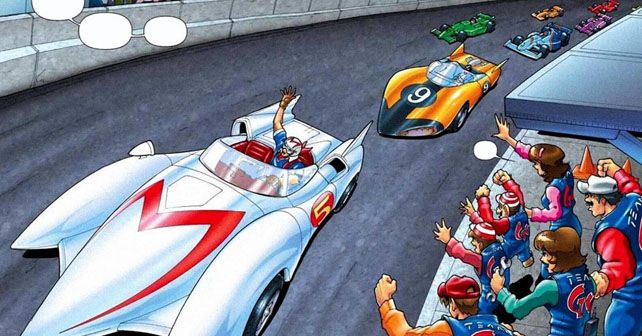 Speed Racer was the first manga-based cartoon to have burst forth on the international stage in 1967, making the people aware of the fact that there was life beyond the cutesy Hanna-Barbera cartoons. Speed Racer brought in a lot of maturity, intrigue, mystery, and life in the fast lane to our television sets. The plot is simple – it follows a young man, Speed, who wants to be the best race car driver in the world and his adventures across the world. What made the cartoon series iconic was the stunning looking race car, the Mach 5. The creator and designer of Speed Racer, Tatsuo Yoshida, had openly stated that the design of the car was inspired by Elvis Presley's race car in Viva Las Vegas and James Bond’s Aston Martin DB5 in Goldfinger. Even Speed’s style was inspired by the ‘King of Rock and Roll’, like his neckerchief and black pompadour haircut. Like a typical 60s’ show, Speed Racer splashed an overdose bright colours and exaggerated speed that captured everyone’s attention. As Speed continues to chase the chequered flag, foil the villains’ plans, and offer fast-paced racing scenes, his world revolves around his father Pops Racer, younger brother Spritle, pet chimpanzee, Chim-Chim, girlfriend Trixie, and the mysterious Racer X, who also happens to be his elder brother, Rex Racer. In terms of entertainment, Speed Racer certainly does reach the dizzy heights. 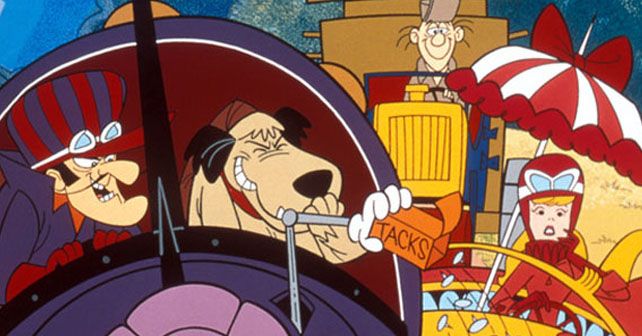 As we did mention Hanna-Barbera cartoons, how can we not talk about the Wacky Races with evil Dick Dastardly and the snickering dog, Muttley, who are always up to no good as they booby trap races only for it to backfire on them? Aired in 1968, the Wacky Races consist of 11 extremely unique cars based on each character's personality. As villain always gets the best set of wheels, Dastardly’s purple Mean Machine is Hanna-Barbera’s take on the Batmobile – it could even fit in one the Mad Max movies. It’s all about quirky unimaginative cars and a comedy of error races. It’s absolutely a hoot for all ages. 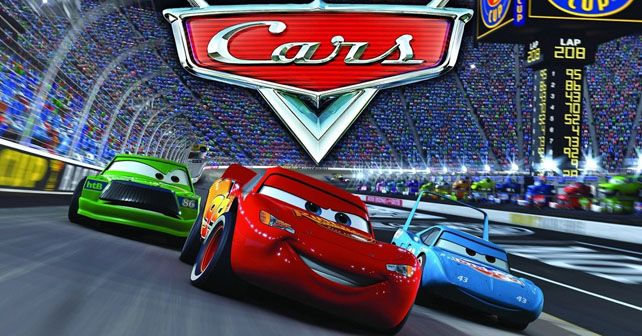 Cars franchise by Disney Pixar is easily one of the most popular animated movies, but the first instalment is still worth a couple of reruns. Hotshot rookie race car loses his way and ends up in a forgotten small-time town called Radiator Springs on Route 66. Lightning McQueen’s main aim is to win the Piston Cup, as he prepares himself for the tiebreaker race, he makes friends, learns how to hone his natural driving skill and loyalty. There are a plethora of cars that you will recognize, like Lightening’s love interest Sally is a 996-series Porsche 911 Carrera, his friend Mater is the 50s’ Chevy pick-up truck, the suave Doc Hudson is Fabulous Hudson Hornet, iconic Nascar racing car, and, my personal favourite, Luigi, who runs a local tyre shop and ends up in charge of changing Lightening’s tyres during the race. Luigi is the very cute and classic Fiat 500. Will all the ingredients of an entertaining animation, it just had to be in our list. 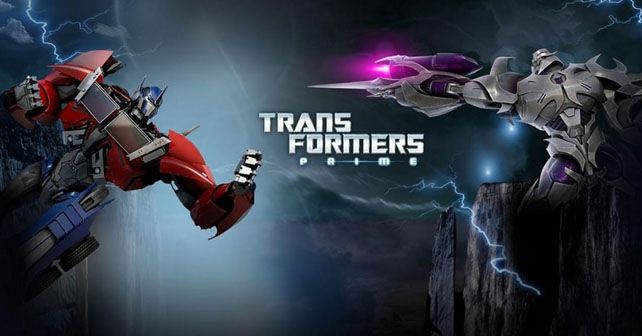 We couldn’t resist this blockbuster title. Transformers Prime revolves around how Optimus Prime, Ratchet, Arcee, Bumblebee, and Bulkhead, with the help human allies, protect the Earth from Decepticons. There are many well-known Autobots that make their presence felt in this series, like Optimus Prime’s second-in-command, Ultra Magnus. Apart from the usual robot brawl, fancy muscle cars and of course massive trucks, a motorcycle plays an important role as well – it's called Arcee. If you’re a Transformer fan, this will introduce you to another realm of the Transformers world, and you won’t be able to stop binge-watching it.