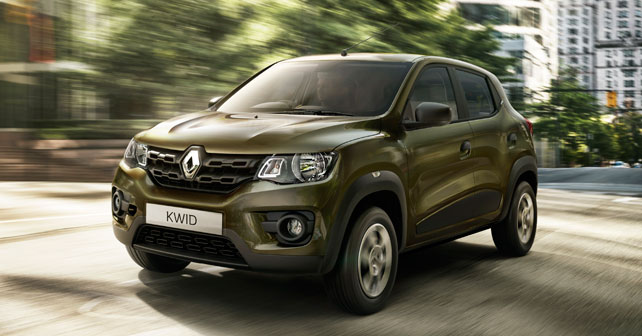 The Renault Kwid is the next big thing for the Indian automobile market. Why? Because it is an extremely competent automobile that will compete head on with the country’s highest selling car, the Maruti Suzuki Alto 800.

Designed to have a croosveresque stance, the Renault Kwid is dimensionally a larger car than the Alto 800. But thanks to a whopping localization level of 98 per cent, the car is going to be priced with prices starting in the range of Rs. 3 to 4 lakh, ex-showroom. While the Maruti Alto 800 currently retails between Rs. 2.53 lakh to Rs. 3.69 lakh (ex-showroom Delhi). Prices of the power steering equipped Alto 800 start at Rs. 3.12 lakh (ex-showroom Delhi). Surely then, the new Renault is right in the ball park of the most successful passenger car in India.

We take a look at some of the top aspects of the new Renault Kwid that threaten the Alto 800 more than anything else.

The Renault Kiwd is a considerably more spacious car than the Maruti Alto 800 or for that matter any other car in its segment, Thanks to a longer overall length of 3,679mm (3,395mm for the Alto), a wider body at 1,579mm (1490mm for the Alto), allowing for more cabin space for occupants. And that’s not all, the 300 litre capacity boot is significantly larger than the Alto 800’s 177 litre one.

The Renault Kwid is going to be the first car in its segment with seven-inch touchscreen infotainment system with Bluetooth, USB, AUX, CD compatibility and satellite navigation! Other equipment will include remote central locking, tilt adjustable steering column.

Renault has fitted the Kwid with a new 800cc, three cylinder petrol engine that develops 53.2bhp of maximum power @ 5,678rpm and 71Nm of peak torque @ 4,386rpm. In comparison the Alto 800’s 800cc, three cylinder engine is capable of developing 47bhp and 68.9Nm of torque. Both engine’s are mated to five-speed manual transmissions.

With a bigger body shell, higher ground clearance of 180mm and more aggressive styling, the Renault Kwid looks the most intimidating entry-level hatchback. Something that should work wonders for the car as does indeed pack in more appeal inside out.

Renault will be releasing a mobile app for the Kwid that will allow prospective customers all details about the Kiwd in a virtual showroom. Renault personal will also answer queries on the app. This is sure to get young car buyers interested. Know more about the app here -> Renault to launch mobile app for Kwid

Having taken a look at all some of the strong points of the new Renault Kwid, it’s quite fair to say that the car holds a lot of promise as a good product. Having said that, considering the extensive sales and service network of Maruti Suzuki and Hyundai to an extent. Renault will have to work overtime to make the Kwid more accessible from an overall perspective.