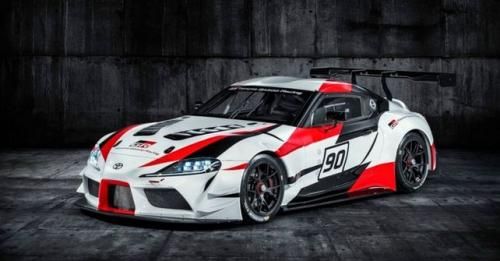 The racecar derivative of the upcoming fifth-generation Supra previews a lot of design elements of the street-legal model.

Toyota has revealed the GR Racing Supra Concept at the 2018 Geneva Motor Show, reviving one of the most celebrated brand names in its history.

While this may not exactly be the Supra you were waiting for, it wears production-ready parts, which will be carried over on to the road-spec fifth-generation Supra, expected to debut in Detroit next year. The track-spec GR (Gazoo Racing) Supra Racing Concept has a pure front-engine rear-wheel drive configuration and uses lightweight materials in its construction.

The car has been built to compete in the highest levels of international motorsports. Toyota believes that taking part in racing series around the world provides technical learnings that can be transferred from the race track or rally stage to development of not just new generations of Toyota's sports-focused GR models, but also to its wider range of vehicles.

The racing concept has a dramatic bodywork design that includes a large rear wing. It makes extensive use of lightweight composite material for elements such as the wide front and rear bumpers, front splitter and rear diffuser, side skirts, door mirror housings and rear wing. The hood is crafted from the same material and features louvred air inlets. The windscreen and side windows are made of plastic. 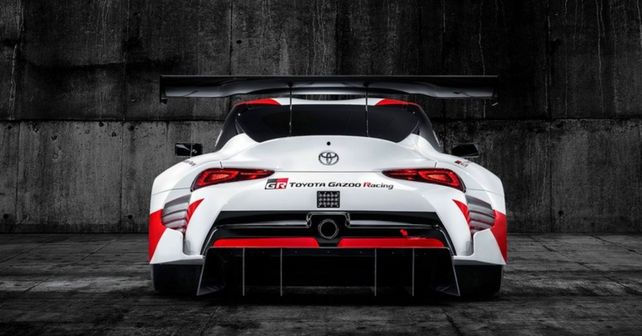 The concept's chassis features lowered front and rear suspension with original equipment components. BBS racing wheels with center-nut attachment are fitted with Michelin racing tyres. The braking system uses Brembo racing callipers and discs, and there is a racing exhaust as well.

Being developed in collaboration with BMW, alongside the new Z4, the road-spec new Toyota Supra will likely draw its power from a 3.0-litre, turbocharged inline-6 engine producing 335bhp and 450Nm. Power will be fed to the rear wheels via an 8-speed automatic gearbox. In case you’re wondering, yes, that’s the same powertrain setup rumoured to propel the new Z4 as well.

The Toyota Supra brand still enjoys an iconic status among sports car aficionados even 16 years after the last model was discontinued. Its enduring popularity has been helped by its success as a popular model in Play Station video games and as a starring car in the very first Fast and Furious movie.