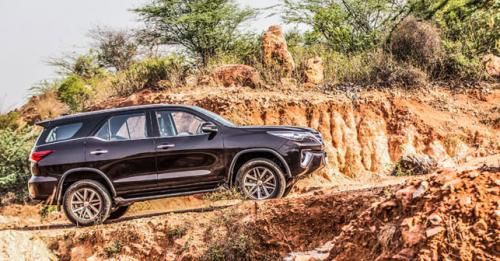 Toyota India has announced a hike in new car prices across its model range, apart from the Etios Liva hatchback as it is unaffected by the recent GST price revision. This has been brought in to effect as on the evening of the 9th of September, the GST council announced a revised GST tax slab for new cars. Under this new slab cars that are powered by engines displacing more than 1,500cc will be charged 2 per cent extra while cars that have engines larger than 1,500cc and measure more than 4 meters in length are now charged 5 per cent extra tax. Meanwhile cars and SUVs that have more than 170mm of ground clearance have become dearer by 8 per cent.

N. Raja, Director & Sr. Vice President, Marketing and Sales, Toyota Kirloskar Motor, commented on the matter by saying, “Following the ordinance on GST amendment, we have to revise the price of our products in line with the cess hike which may nearly reflect the prices in the pre-GST scenario. The approximate price increase in Delhi for Innova Crysta will be up to Rs 78,000, All New Fortuner up to Rs 1,60,000, All New Corolla Altis will witness a price rise of up to Rs 72,000 & Platinum Etios price will increase up to Rs. 13,000’’.