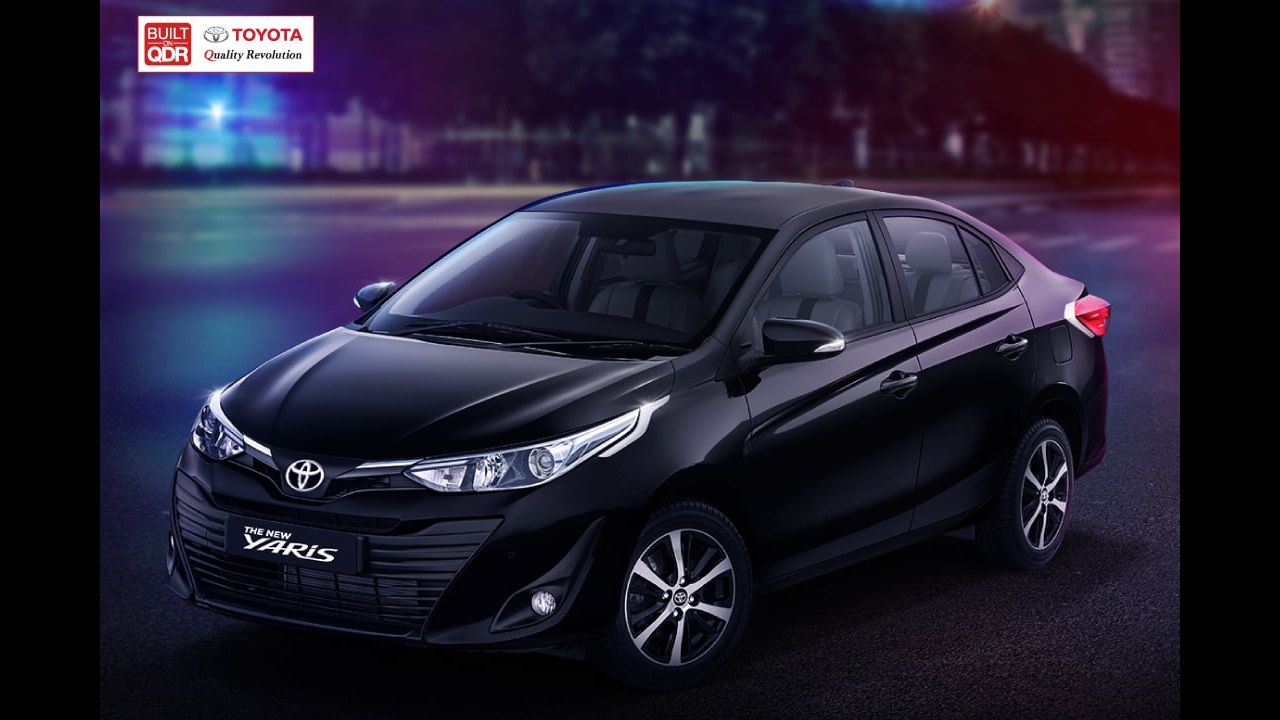 Toyota India has dropped the first teaser of a new special edition variant, called the Yaris Black Edition. The new version will get a number of cosmetic updates, including a new black paint scheme.

With the festive season around the corner, Toyota India has teased a limited-edition variant of the Yaris sedan. Billed as the Black Edition, the special edition will be offered only in a black colour scheme along with some other minor cosmetic updates.

At the moment, Toyota hasn’t revealed many details about the Yaris Black Edition, but the teaser shows that apart from a black paint scheme, the sedan will have chrome garnish around the headlamps and tail-lamps, and it’ll also have door edge lighting on the inside. Apart from that, the limited-edition is expected to be based on the top-end V (O) and VX variants of the car, meaning they’ll come loaded with features such as a 7.0-inch touchscreen infotainment system, seven airbags, cruise control, automatic AC, rear parking camera, front and rear parking sensors, auto headlamps and much more. The VX variant adds electrically-adjustable driver’s seat, rain-sensing wipers, tyre-pressure monitoring system (TPMS) and more.

The Yaris Black Edition will come powered by the same 1.5-litre petrol engine as the regular version, which develops 105bhp and 140Nm of torque. It is expected to be offered with a six-speed manual or a 7-step CVT automatic. The VX automatic also gets electronic stability control and hill-hold.

The regular V(O) and VX variants of the Yaris have priced between Rs 11.97 lakh and Rs 14.07 lakh (both ex-showroom), so expect the limited-edition variant to get a similar price-tag.