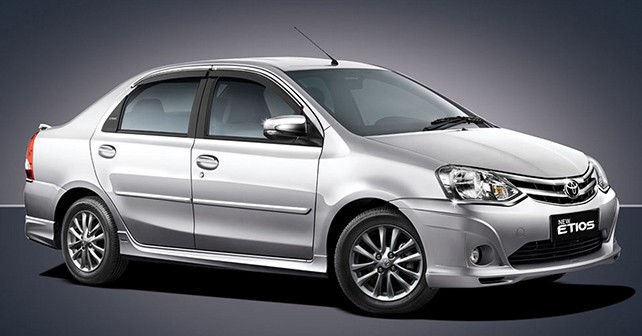 Toyota unveiled special editions of the Liva hatchback and the Etios sedan called the Xclusive concept. Available in both petrol and diesel variants, the Xclusive Concept is based on the equivalent G variants of the standard car. Toyota says that only 1000 units of Etios Xclusive will be produced but there is still no word on how many hatchbacks will bear that nametag.

The Toyota Etios and Liva Xclusive, in addition to the features of the G variant, get two-tone interiors with premium seat fabric, a remote control for the music system, Bluetooth connectivity, chrome accented gear knob, rear parking sensors and an Xclusive badge on the exterior.