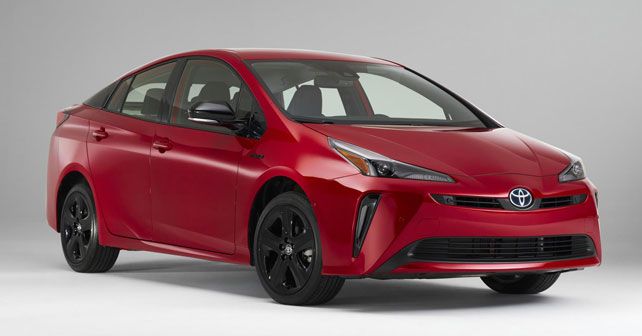 To celebrate two decades and 6 million units of the Prius, Toyota has brought out a limited 20th-anniversary edition of the hybrid with subtle design changes and new paint shade options.

The fourth-generation Toyota Prius may no longer be on sale in India, but the original hybrid that made headlines the world over is still going strong in global markets. Twenty years later, Toyota has rolled out a special anniversary edition model to celebrate 6 million units of the Prius and its two decades of success. As its 2020 model year suggests, Toyota will make 2020 units of the 20th-anniversary edition of the Prius. All of these units are based on the XLE front-wheel-drive version of the car, which comes with a decent equipment list. But to ensure that the anniversary edition stands out on the road, Toyota is offering the car with a choice between supersonic red and the new wind chill pearl paint shades, along with exterior black trim inserts and a colour-keyed rear spoiler. The car also gets blackout headlight components, black 17-inch alloy wheels, black pillars, mirror casings, and blacked-out badges to distinguish it on the road. When it comes to the interior, there are subtle changes in the foot mats and key fob, featuring Prius 2020 Edition branding, smoked HVAC vents, black gear lever, and interior A-pillar trim.