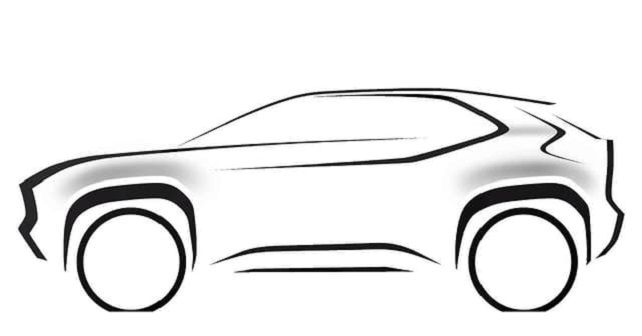 Toyota is working on all-new compact-SUV that will be based on the latest-gen Yaris hatchback. The new SUV is going to be sold in European markets at first, but given its size, it may also come to India in the future.

Toyota has confirmed that the company is working on an all-new compact-SUV. The upcoming SUV will be based on the latest-gen Yaris that’s sold in global markets, and will sit below the C-HR in Toyota’s SUV range. The new model will be sold in European markets at first, but given its size, there’s a good chance of Toyota bringing it to developing countries, including India.

The Yaris crossover will be underpinned by Toyota’s GA-B platform and will share its mechanicals with the hatchback. It’s expected to be around 4 metres long, meaning it’ll be perfect for our country - if Toyota plans on bringing it here that is. Design-wise, it’s expected to be beefier and more aggressive and quite different from the hatchback, since Toyota doesn’t intend the new SUV to look like a Yaris-on-stilts. Toyota has also released a teaser sketch of the upcoming SUV to back their claims.

Commenting on the development, Matthew Harrison, VP, Toyota Europe,  said, “You won’t have to wait long to see a final design, and you will see that this is not just a Yaris with body cladding and raised suspension, but an entirely new and distinctive B-SUV model with a compact, dynamic design and a personality of its own.”

The upcoming compact-SUV is expected to retain the 1.0-litre petrol and 1.5-litre petrol engines from the Yaris hatchback, while a hybrid powertrain may also be offered in European markets.

The new SUV will be built at Toyota’s Onnaing plant in France, alongside the Yaris hatchback.