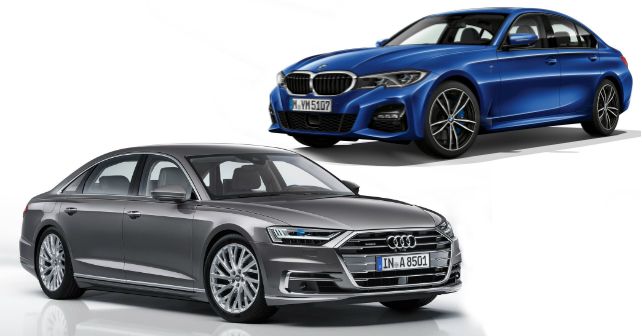 For those looking to buy a luxury sedan, 2019 is going to be a good year. From the Volvo S60 to the luxurious Audi A8L, lots coming your way. 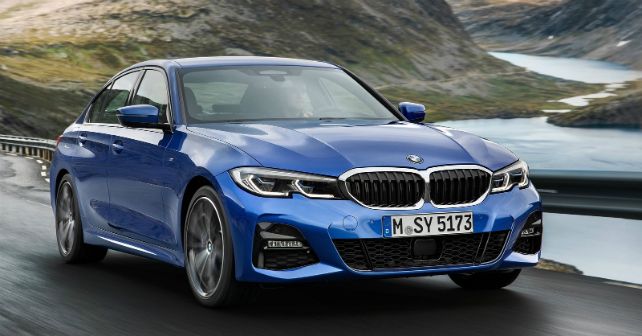 BMW took the wraps off the new-generation 3 Series at the 2018 Paris Motor Show. Now based on the same platform as the 5 Series and the 7 Series, the 3 is now larger and lighter than before. Unfortunately, the increase in length comes as a result of the stringent crash test norms and doesn’t quite result in improved space on the inside. The rear seat, however, does get a 40:20:40 split as standard. Materials used inside the cabin are now hugely improved across all variants. It now comes with an 8.8-inch screen which can be upgraded to a 10.25-inch unit from the X5. There’s a significant improvement in terms of features too, including a reversing camera, three-zone climate control, LED headlights and more. There will be two engines on offer – the 320d with 2.0-litre diesel that pumps out 188bhp and 400Nm. The four-cylinder petrol displaces 2.0-litre and pumps out 248bhp and 400Nm. To ensure that the new 3 Series lives up to the BMW drive experience, it now gets stiffer springs and wider tracks at the front as well as at the rear.

The new BMW 3 Series will continue to go against the likes of the Audi A4, Jaguar XE, Mercedes-Benz C-Class and the Volvo S60. 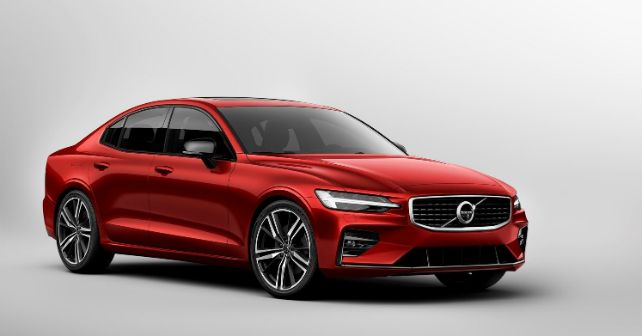 A few months back in June, Volvo took the wraps off the new S60 sedan. Just like all the other new-age Volvo cars, this one too will be based on the Scalable Platform Architecture (SPA). Being a new age Volvo, a few things that have become the norm these days will be seen on the S60 too. For instance, up front this one too will have the Thor hammer Daytime Running Lamp and the rectangular front grille. At the back, the taillight is somewhat identical to the larger S90. In profile, this entry-level luxury sedan looks a lot sharper than its mid-sized sibling. Expect the interior to be identical to the new-age Volvos. It will have the large tablet-line touchscreen on the dash controlling almost every function of the car. The three-spoke steering and the air-con vents are identical too. Volvo will offer the S60 with petrol and hybrid motors. Absence of a diesel option is in line with Volvo’s decision to offer electrified vehicles from 2019 onwards. To start with, the S60 will go on sale in the T5 and the T6 variants. The T5 sports a 2.0-litre turbo that develops 250 horses and can do the 0-100km/h dash in just 6.5 seconds. There will also be a T6 supercharged 310bhp motor on offer with a plug-in hybrid option. Both engines will come paired with a –speed automatic gearbox. There’s no official confirmation about the launch of the S60 as yet, but we expect it to come to India in the second half of the year. 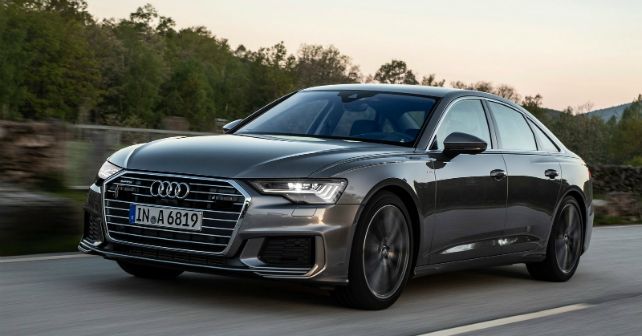 The new Audi A6 was first showcased at the Geneva Moto Show this year. Since then test mules moreof the car have been spotted in India on a few occasions. Expected to be launched in the first quarter of 2019, the new A6 flaunts a new design and more equipment. While the silhouette is more or less identical to the model it replaces, there is no missing the sharper design cues. On the inside, the new A6 comes with three large screens – one of course is the Audi Virtual Cockpit behind the steering wheel. The second and the third positioned on the centre console – for the infotainment and other functions like seat, air-con and the likes respectively. There will be a clear improvement in the quality of materials too. The new A6 has also grown in size – 7mm longer, 12mm wider and 2mm taller. At the heart, the A6 will come with a range of engine options – petrol and diesel. Being the most popular of the lot, it will continue to have the 2.0-litre diesel motor that puts out about 188bhp. A 248bhp petrol mill will also be on offer. All engines of the new A6 will be available with a mild-hybrid system. Just like the current model, the new A6 will continue to compete with the BMW 5 Series, Jaguar XF, Mercedes-Benz E-Class, and the Volvo S90.

While there is no official communication from Kia Motors about bringing the Stinger sports sedan to India, there is no debating that it can be a great halo car for the brand. It is the Korean brand’s first sports sedan. The Stinger is offered internationally in a range of engine options – from a 2.0-litre four-cylinder mill that develops 252bhp and 353Nm to a 2.2-litre diesel developing 194bhp and 440Nm. The former does the 0-100km/h dash in just about 6 seconds while the diesel does it in around 7.5 seconds. And then there is also the 3.3-litre twin-turbo petrol – the fastest Stinger yet. Developing 362bhp and 510Nm, this one goes from naught to 100km/h in under 5 seconds. Being a Kia, it comes packed to the brim with features. The Stinger gets an 8.0-inch touchscreen infotainment, 15-speaker Harmon Kardon system, 360-degree camera, head-up display and more. If Kia decides to bring the Stinger to India, it will be via the CBU route to start with and that is likely to make it a rather expensive proposition. Expect a price tag of about Rs 70 lakh considering the heavy taxation on such cars in India. 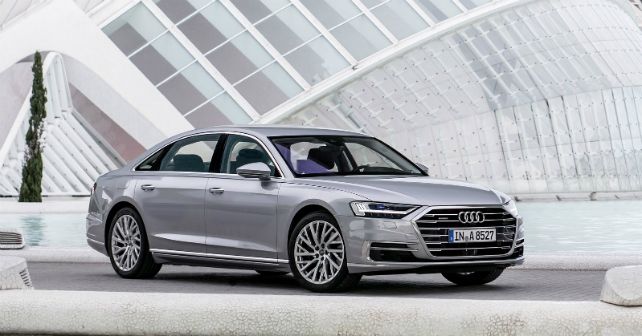 Audi was initially expected to bring in the new-generation A8L towards the end of 2018, but they have now pushed the launch by a few months. The German car maker revealed its flagship sedan in July 2017. Drawing inspiration from the Audi Prologue concept, the new A8 will now be in line with the brand’s new design philosophy. It now gets a large hexagonal grille up front which is accompanied by LED headlights on either side. At the back, the tail lamps stretch across the width of the boot giving it a distinct personality. The new Audi A8L is longer and taller than the model it replaces. The interior is more luxurious than ever. At the front it gets a clean dashboard which is dominated by three screens – the Audi Virtual Cockpit for the instrumentation, a large infotainment screen and another one that controls the air-con and car settings. Internationally, the A8L comes with several powertrain options to choose from including a duo of 3.0-litre V6 petrol and diesel motors, a 4.0-litre diesel and a 6.0-litre W12 petrol. Audi may not bring in all the engine options at the time of the launch. With the lack of updates, the Audi A8L was starting to show its age – especially after the BMW 7 Series and the Mercedes-Benz S-Class have been recently updated. This new-generation model should bring Audi back in the game of luxury saloons. 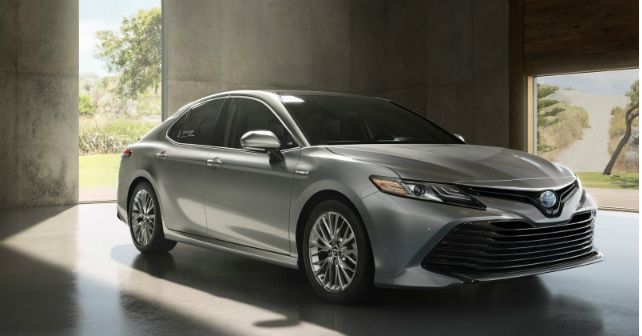 Toyota has recently launched the eighth-gen Camry in Thailand and it is expected to come to India around mid-2019. While in the international market, the Camry is sold with an internal combustion engine as well a hybrid, in India, Toyota is expected to only bring the latter. Based on Toyota's New Global Architecture (TNGA), the new Camry is longer and wider than the model it will replace. Expect more space on the inside too, as the wheelbase has been increased by 50mm too. The Thai-spec model that is likely to be launched in India, gets a slightly reworked front-end in comparison to the global model. The rear, however, remains unchanged. The interior looks identical to the model that is sold in the global market. The Camry will come with a long list of features including a 7.0-inch multi-information display and an 8.0-inch infotainment screen. Toyota will bring the Camry to India only with the hybrid powerplant - a 2.5-litre petrol that works in union with an electric motor. Both these units working together develop about 208bhp. Just like the current-gen Camry Hybrid, this one too will come paired with an e-CVT. When launched, the Toyota Camry will compete against the likes of the Honda Accord, Volkswagen Passat, Skoda Superb and the likes. 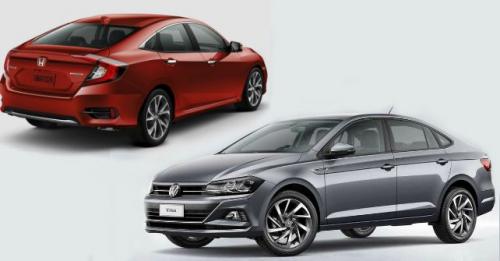 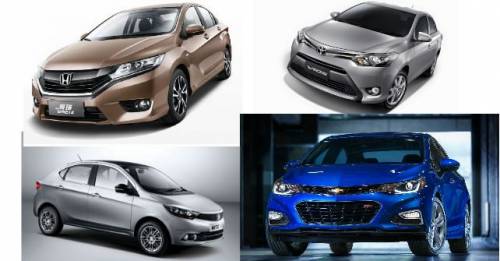