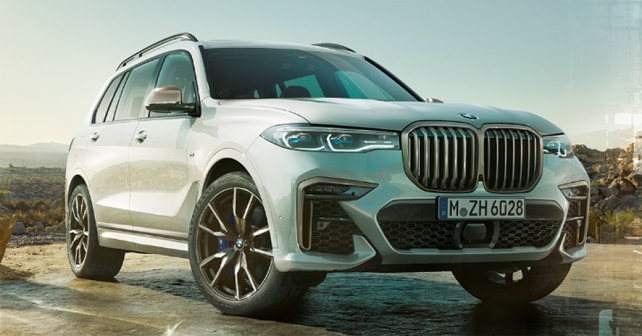 The BMW X7, which made its international debut just a few months ago in October 2018, is now listed on BMW India's website, hinting at its early arrival

While we were aware that BMW will bring the X7 to India in 2019, we had no idea that the launch would be scheduled so soon into the year. Well, while we don't have a confirmed date of launch yet, we have proof to back this claim – BMW India's website now officially lists the X7 in its SUV model lineup which can only mean one thing – that it will be here much sooner than expected.

The new SUV, which will go toe-to-toe with other mega-sized SUVs like the Mercedes-Benz GLS and the Audi Q7, is based on BMW's new CLAR platform which also underpins the current X3. However, it will be the Bavarian carmaker's first foray into the seven-seater SUV segment. The largest model in the 'X' family of BMW, the X7 comes with its own set of mind-boggling numbers, especially its dimensions. At 5,151mm in length, and with a wheelbase of 3,105mm, the X7 will be 21mm longer than the GLS! 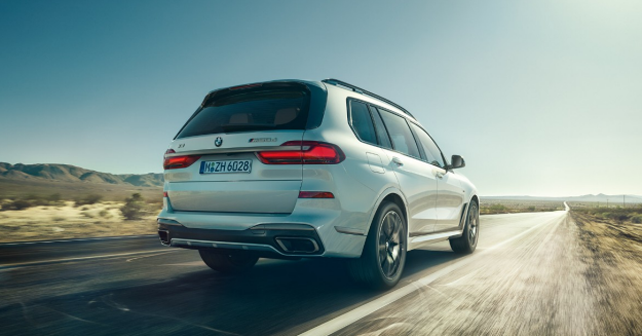 While the website only lists the X7 in just one variant at the moment – the X7 M50d – we are yet to receive confirmation about the launch of the lower-spec xDrive40i and xDrive30d versions in India. The latter two versions are offered by BMW in global markets. Also, keeping in mind the relatively short span of time between the X7's international launch and India debut, expect the SUV to be offered here as a CBU. The top-spec M50d will be powered by a 3.0-litre diesel engine, which produces close to a whopping 394bhp and 760Nm of torque. All this power will be sent to the wheels via BMW's signature xDrive AWD system working in tandem with an 8-speed auto gearbox.

Talking about large dimensions, the X7 will also wear the biggest pair of kidney grilles of any BMW till date, which will be nestled between a pair of twin Adaptive LED headlights with Laserlight high-beam functionality. Apart from this, as the car will be available on order, BMW will also offer a host of customisation choices for its customers through its BMW Individual Equipment options.