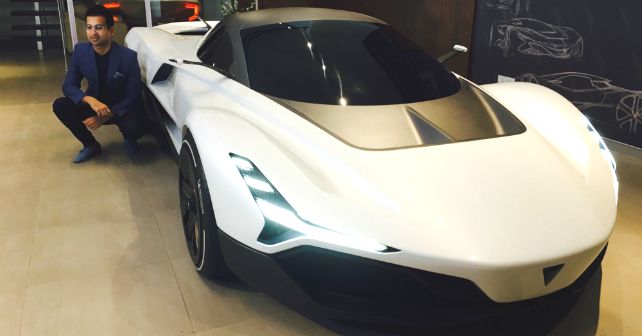 Right at the advent, Vazirani Automotive made the big news as they unveiled the Shul, their first-ever electric hypercar. While the company first took the wraps off at the Goodwood Festival of Speed, they have now unveiled it in India for the first time.

The Shul has been designed and developed with valuable inputs from the Force India F1 Team and Michelin. Based on a carbon-tub chassis, much like the BMW i8, the Shul has been designed and tested in the wind tunnel, to ensure low drag coefficient. One of the most interesting aspects of the Shul is its powerplant. Unlike the traditional hypercars that have a turbocharged or a hybrid motor, the Vazirani Shul comes with a jet turbine engine. This powerplant, charges four electric motors positioned on the four corners of the car. The Shul promises torque-heavy performance and minimal loss thanks to a torque vectoring system. Vazirani Automotive claims all of this gives the Shul impressive acceleration without compromising on the range.

Interestingly, Vazirani Automotive claims that the jet turbine engine that is used to charge the electric motors can function with regular fuel. This will ensure that the car is compatible with existing fuel quality and infrastructure.

And it isn’t all about the motor. The Shul looks as sharp as you’d expect a hypercar to be. Its design has been inspired by Shiva and his Trishul – hence the name. Along the sides and on the hood you can see three distinctive lines that remind you of a Trishul. And then there is the centrally-mounted exhaust – with the help of the fins at the back, it channels the air such that it creates better downforce.

While the Shul is currently in the concept stages, Vazirani Automotive is expected to commence testing of the Shul sometime next year. Although the exterior of the car is more or less finalised, the Shul is just halfway there in terms of interior. That being said, the firm is targeting to bring this car in by 2021. 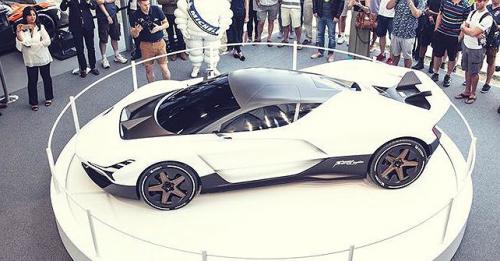