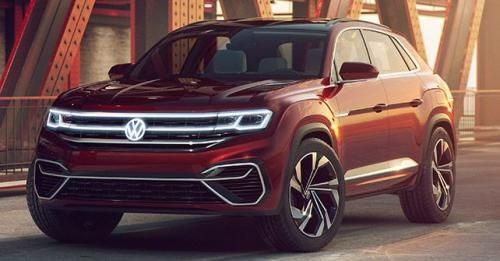 The Atlas Cross Sport is a five-seat SUV for the American market, which will go into production in 2019.

At the 2018 New York International Auto Show, Volkswagen has revealed a new concept based on the Atlas SUV. The VW Atlas Cross Sport concept will spawn Volkswagen’s new family crossover. 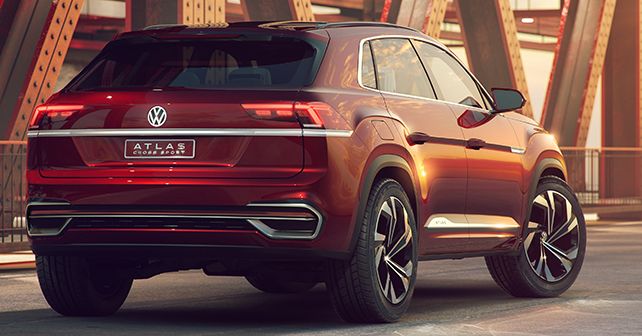 The Atlas Cross Sport has been confirmed for production in 2019 and will be manufactured alongside the standard Atlas and the Passat in Chattanooga, Tennessee. The Atlas Sport Cross is a two-row, five-passenger SUV, which has the same wheelbase as the standard model as they share the MQB modular platform. However, it’s shorter in length with short overhangs, lower in height and narrower than the standard car. The Cross Sport will be the model which will bridge the gap between the standard three-row seating Atlas and the Tiguan. 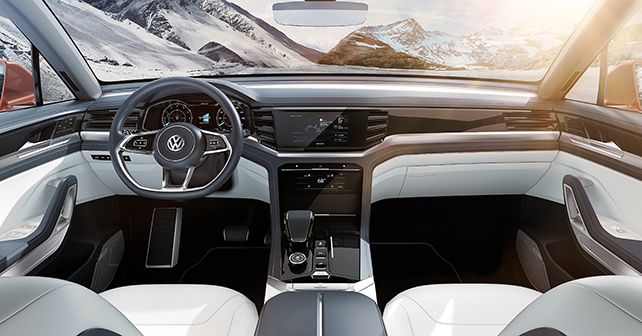 The Sport Cross will be offered with a plug-in hybrid powertrain that will combine a 272bhp 3.6-litre V6, which can generate up to 360Nm of torque, with two electric motors. The total combined power output is rated at 350bhp. The lithium-ion battery pack will be capable of storing 18kWh and allow 41km of all-electric driving.

Volkswagen will reveal the final production model of the Atlas Cross Sport closer to its official launch.