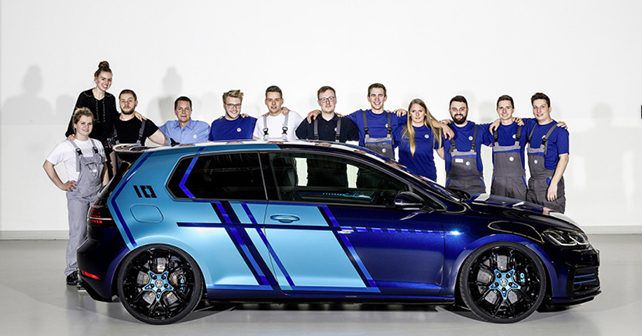 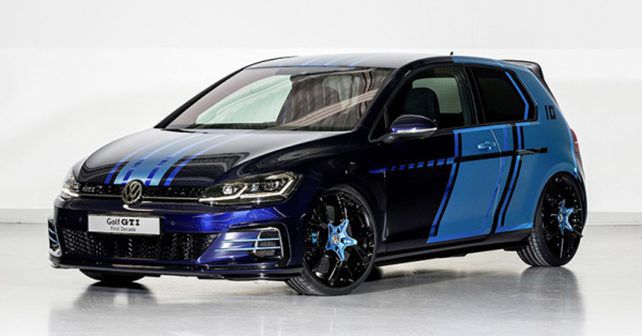 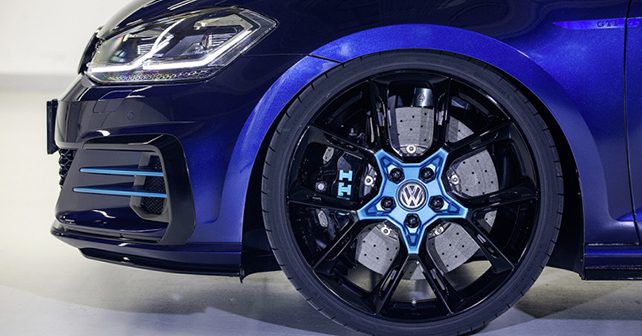 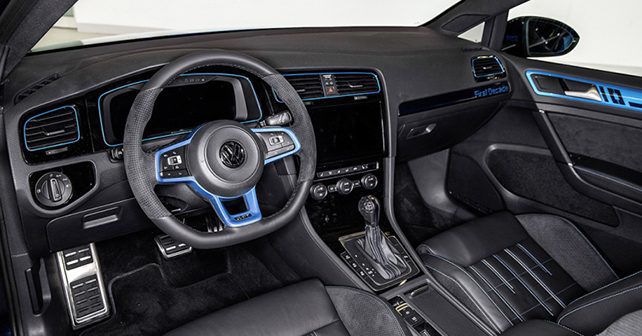 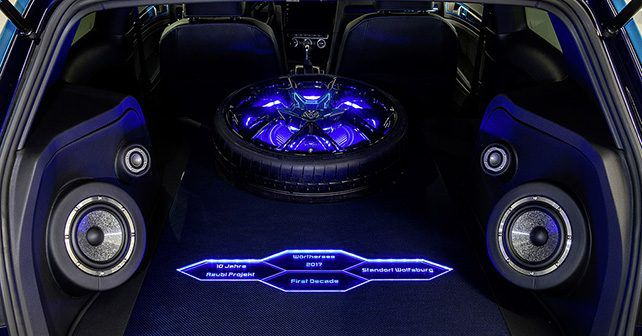 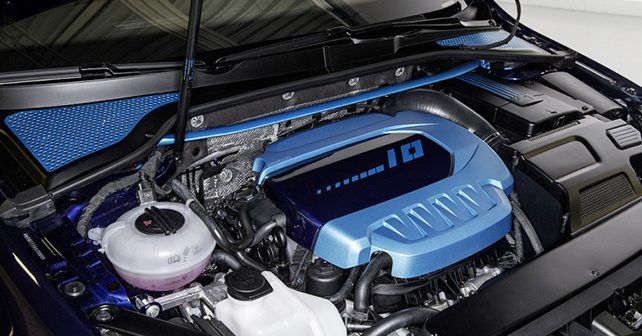 Volkswagen have revealed a new concept of the Golf GTI which includes a hybrid powertrain for the first time ever.

Volkswagen have revealed the Golf GTI First Decade concept which features a hybrid powertrain with all-wheel drive. At the annual GTI meet in Wörthersee, Austria, Volkswagen showcased the the Up! GTI Concept, and the first ever GTI model to feature any kind of electric propulsion with a concept based on the Golf.

The Golf GTI First Decade concept, takes the standard car with the 2.0-litre, 4-pot TSI motor which is tuned to develop 404bhp, and as always sends power to the front wheels. At the back of the concept vehicle is a 48V electric motor which can generate up to 16bhp to just the rear wheels. The system can either work with both the petrol and electric motors working cohesively or independently. At low speeds, the Golf GTI First Decade, can work as a pure EV with rear wheel drive, while the batteries are recharged via regenerative braking.

The special concept vehicle was designed by young apprentices in Wolfsburg specially for the annual Wörthersee Volkswagen meet in Austria which celebrates its 10th year. Hence Volkswagen have given it the name – ‘Volkswagen Golf GTI First Decade’.