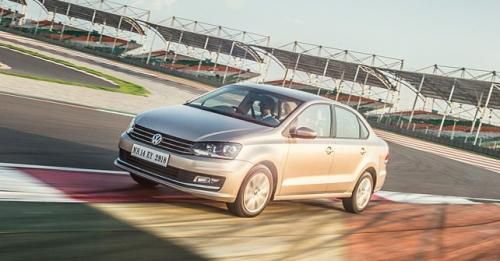 Volkswagen will start 'fixing' vehicles fitted with the faulty emission device in India.

Late in 2015, Volkswagen confirmed that over 3.23 lakh group vehicles powered by EA 189 diesel engines, including Skoda and Audi cars, sold in India are fitted with the ‘defeat device’ and will be recalled. After making the announcement, Volkswagen was to present the technical solution for the recall to Ministry of Heavy Industries and ARAI. It seems Volkswagen has now got a go ahead from the authorities. As per reports, it will take Volkswagen about 10 months to fix all the affected cars starting next month.

Volkswagen vehicles that have faulty emission devices in India are fitted with 1.2-litre, 1.5-litre, 1.6-litre and 2.0-litre diesel engines. While Volkswagen India has not categorically specified the correction measures, the company insists that the changes done will be similar to the ones made in affected cars in the US and Europe. This suggests that Volkswagen will be carrying out a software update for the 2.0-litre engine (Jetta, Passat) while the 1.5-litre and 1.6-litre (Vento and current-gen Polo) will have a flow transformer mounted in front of the air mass sensor. There hasn’t been any information about the correct solution for fixing the 1.2-litre engine (old-gen Polo) so far though.

Other VW group subsidiaries – Skoda and Audi – are also expected to announce the recall of their respective models powered by the aforementioned diesel engines in India. In its statement in December 2015, VW had confirmed that 88,700 cars from Skoda and 36,500 cars from Audi sold in the country are affected by the same issue.

Volkswagen’s diesel emissions scam came to light in September 2015 when Volkswagen admitted of rigging emission tests in the US. Since then, over 11 million VW group vehicles sold in the US, Europe and other markets around the world have been recalled.