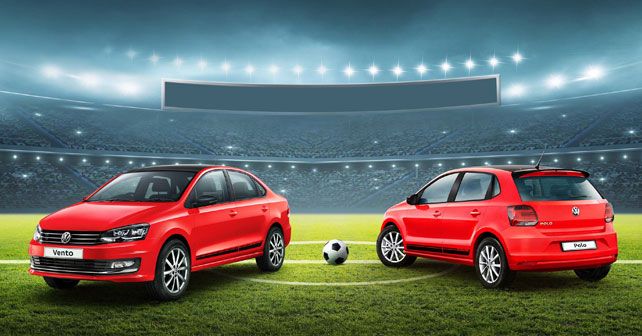 As a part of the company’s #BeASport 360 degree digital marketing campaign, Volkswagen India has added new limited run special edition variants for its Polo hatchback, Ameo compact sedan and Vento mid-size sedan. Under this campaign, Volkswagen is also giving a chance to one lucky customer to win a sport edition Volkswagen. The criteria is simple – prospective customers test driving any of the aforementioned VW models, in order to participate, need to write a slogan following the #BeASport theme.

Coming to the cars, these new special edition versions of the Polo, Ameo and Vento get cosmetic enhancements to distinguish them from the standard model range. These cosmetic embellishments include gloss black roof rails, gloss black rear spoiler, black side foil and carbon finish ORVM casings. Apart from these changes, the cars remain mechanically identical to the standard versions. Prices for the new Volkswagen Sport Edition cars remain the same as their standard counterparts.

Steffen Knapp, Director, Volkswagen Passenger Cars India, commented on the campaign by saying, 'Volkswagen carlines endows the characteristics of the #BeASport campaign, offering the precision, power and performance as demanded by the Indian customers. With our special editions, we aim to reinstate the cheer, fun and the spirit of driving among our prospective customers this sports season.'