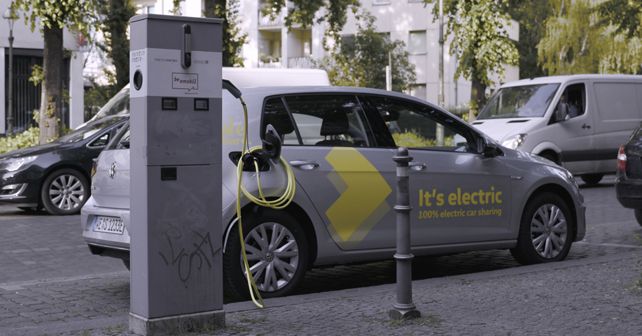 Volkswagen makes its debut in the car sharing space as WeShare goes live in Berlin, Germany, with a fleet of fully-electric vehicles.

Starting with a fleet of 1,500 fully-electric e-Golf vehicles, Volkswagen has launched its WeShare service in Germany. The service becomes the latest mobility service addition to the German carmaker's ‘Volkswagen We’ ecosystem, which already consists of services like WePark, WeExperience & WeDeliver. According to Volkswagen, WeShare follows a 'free-floating' business model that does not require any rental stations.

After the e-Golf vehicles, the fleet will further expand with the addition of 500 e-Up! vehicles by the beginning of 2020. By mid-2020, first units of Volkswagen's all-new ID.3 electric vehicles will also join the service. In terms of regional expansion, the service will next head to Prague, in collaboration with Skoda, and later to Hamburg, all by 2020. It seems to be the right time to enter the car sharing market, given the fact that the number of car-sharing service subscribers in Germany has grown about 14-times – from 180,000 users in 2010 to 2.46 million at the beginning of 2019.

Since the entire WeShare fleet will remain fully-electric, Volkswagen has tied up with food retail chain Lidl & Kaufland to setup 70 additional charging points. Apart from these, the vehicles will also be recharged on Berlin's public charging network. Initially, the WeShare vehicles will be collected and charged by WeShare service employees when the battery level is low. Later, self-recharging by users themselves is likely to be incentivised. As an early-bird benefit, the WeShare service will be offered at an attractive tariff of 19 cents per minute, along with a waiver of registration & airport fees. From September 2019, the tariff likely to be offered on an average will be 29 cents per minute.