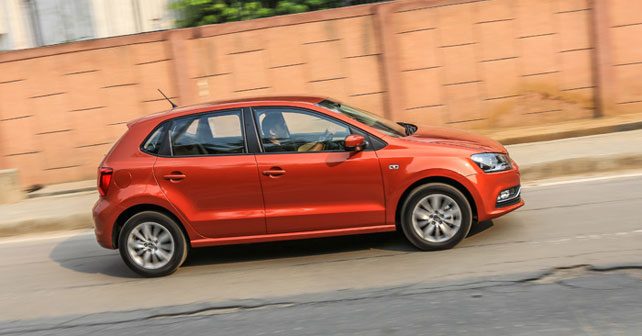 Volkswagen makes ABS & dual airbags standard on all of its cars sold in India.

The crash worthiness of cars made - and sold - in India is still a debatable topic as we all know. However, of late, some manufacturers have taken necessary steps so as to make their cars safer. In its bit to do just that, Volkswagen has made ABS and dual airbags standard across the Vento and Polo models in India. This also means that Volkswagen is the only mass-market car manufacturer after Toyota that’s offering ABS and airbags as standard fitment in their cars in India.

As you might already know, Volkswagen made dual airbags a standard fitment in the Polo and Vento back in 2014 – only ABS has been made standard now. All the other models, including the recently launched Ameo, are already offered with ABS and airbags as standard.  While the Polo, Ameo and Vento only come fitted with dual airbags, the Beetle gets 4 airbags; both the Jetta and Polo GTI have 6 airbags.

Commenting on the development, Mr. Michael Mayer – Director, Volkswagen Passenger Cars India said, “At Volkswagen, we believe that safety is not a luxury but a primary need in a car. The introduction of ABS with Dual airbags has come to further extend this bequest in India as well. We have always been committed towards our customers’ safety and now with these standard fitments in the Polo and Vento, Indian customers will enjoy the Volkswagen ‘Safe Driving Experience’ across all our carlines.”

As per Volkswagen, the Polo and Vento fitted with ABS and airbags as standard are already on sale across the county. Expect the base variants of these car to get dearer slightly, albeit one must also understand that these safety systems are worth every penny.