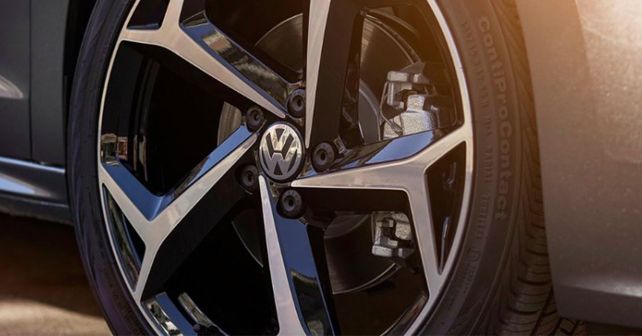 Volkswagen USA has released an image of the new Passat, ready to make its debut

Volkswagen USA has posted a teaser image of the new rims of the upcoming Volkswagen Passat. The new Passat sedan will make its debut at the Detroit Auto Show, which is scheduled from 14 to 27 January 2019.

While the tweet doesn’t give much away apart from the newly designed 19-inch alloy wheels, this Passat will not be based on the MQB platform but will be an updated version of the model currently in production.

The engines will be a 2.0-litre, turbocharged four-cylinder TDI motor that produces 174bhp. However, it might have a different state of tune. The engine will come mated to a 6-speed DSG automatic gearbox.

The sporty alloy wheel suggests that an ‘R’ version might also be revealed. As for the styling is concerned, it might just be a more upmarket version of what we have already seen in the newly introduced Jetta.

As far as its arrival in India is concerned, there is no official timeline provided for the Indian market. For now, the current model of the Passat will continue to be on sale in India along with the Ameo, Polo, Vento, and Tiguan. The Passat has been priced between Rs 25.99 lakh and Rs 33.2 lakh (ex-showroom, India).