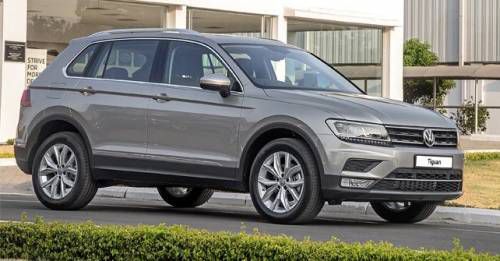 The production of the second-gen Tiguan has begun at Volkswagen's production facility in Aurangabad, Maharashtra. It will go on sale in the country, starting May 2017.

Volkswagen has finally put its full-size SUV, the Tiguan, into production in India. The company has officially announced that the vehicle has entered production at the group's manufacturing unit in Aurangabad, Maharashtra. Volkswagen will launch the Tiguan in May 2017, while bookings are expected to start April onwards.

Commenting on the development, Michael Mayer, Director, Volkswagen Passenger Cars India said, "We are delighted to introduce one of our most successful global products to the Indian market. The Tiguan will be our premium SUV offering for India and will cater to the unceasing demand in the segment. Our customers will now have an extended portfolio, ranging from hatchback to executive sedan, to meet their requirements at our showrooms."

The Volkswagen Tiguan is one of the most anticipated products from the German auto giant for the Indian market. The Tiguan made its India debut at the 2016 Delhi Auto Expo and it will take the fight to the likes of the Ford Endeavour and Toyota Fortuner upon launch here. The new Tiguan – which is the second-gen model of the SUV – is based on VW Group’s widely used MQB platform. Thanks to the new platform, the Tiguan is now over 50 kilograms lighter than its predecessor. While the Tiguan is available in more than eight engine options globally, here in India, it’ll only be offered with a 147bhp/340Nm 2.0-litre TDI diesel engine, coupled to a seven-speed dual-clutch automatic gearbox.

As for the prices, expect the second-gen Volkswagen Tiguan’s prices to hover around Rs 25 lakh – Rs 35 lakh (ex-showroom, India).