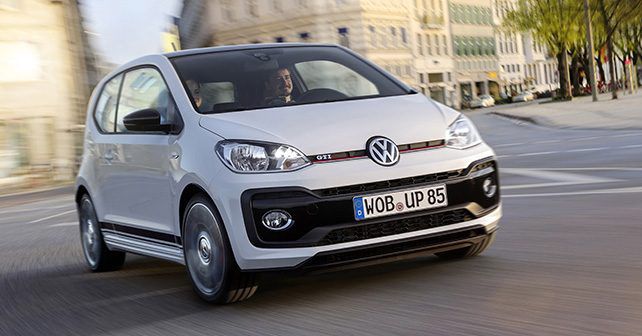 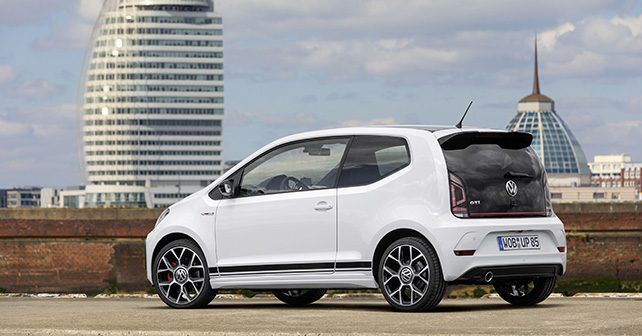 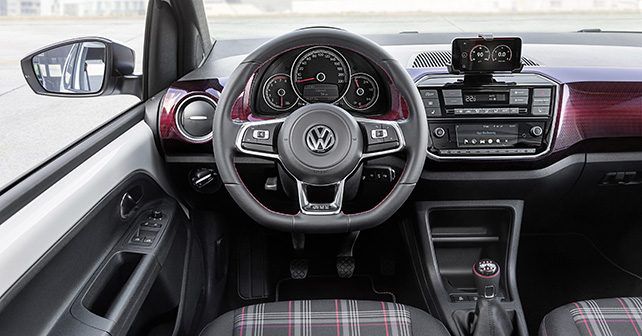 Volkswagen Up! gets the GTI treatment with more power and some red stripes, Is a tribute to the Mark I Golf GTI.

Volkswagen have taken the tiny little VW Up! city car and crammed in as much power they can, added some red stripes and tweaked styling with a GTI badge. Volkswagen says that the Up! GTI is a tribute to the original Mark I Golf GTI which is why it gets similar power output figures. However, Volkswagen claims it’s a concept at the moment.

The standard VW Up! has a small 1.0-litre turbocharged three-cylinder TSI petrol motor which churns out 88bhp and 160Nm of torque. The GTI upgrade raises the power output to 113bhp and 159Nm of torque. Considering the original Golf GTI had 108bhp and 140Nm of torque way back when it was new.

Peak torque kick in between 2,000-3,500rpm, as opposed to the original’s which only delivered peak torque way high up at 5,000rpm. Which means the Up! may actually be a lot more fun to drive, especially with the small size of the little car. However, the Up! is actually significantly heaver than the Mark I Golf GTI, as it needs to meet safety and emission requirements with the added equipment on board.

The regular Up! is able to accelerate from 0-100km/h in 9.9 seconds and onto a top speed of 185km/h. The GTI treatment allows the Up! to be much faster to be able to reach up to 197km/h and reach 100km/h from a stand still in 8.8 seconds from the same engine with a little bit of tuning. The Up! GTI only gets a 6-speed manual gearbox which send power to the front wheels only, like all the Polo and Golf GTI models.

The exterior of the Up! GTI features a red stripe across its honeycomb front grille. Additionally, it gets a front splitter and rear spoiler as well and sits of 17-inch alloy wheels and has red brake calipers at the front with drums at the rear. The ride height has also been lowered by 15mm. On the inside, you get GTI signature plaid seats, leather covered handbrake lever, ambient lighting and a six-speaker sound system with USB.

The Volkswagen Up! GTI concept car will make its public debut at the GTI Meet at Lake Wörthersee, Austria from May 24-27, 2017. 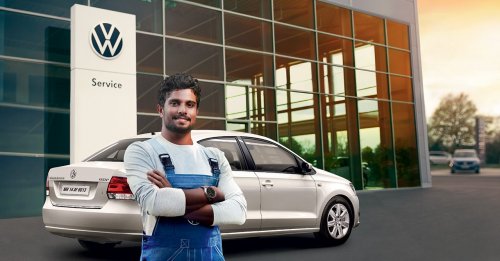 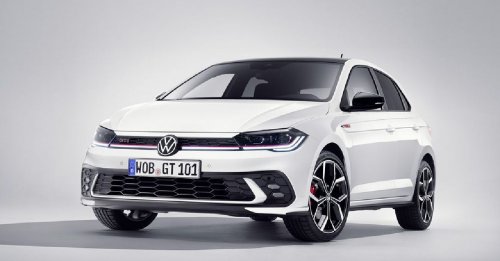 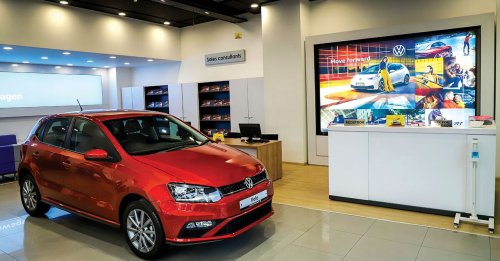