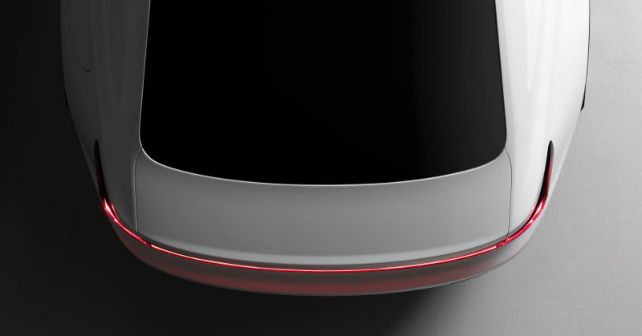 Expected to debut at the Geneva Motor Show in March, Volvo has released the first teaser image of the Polestar 2 Electric Vehicle

Volvo has released the first teaser image of the Polestar 2 Electric vehicle. This will be the company’s first fully-electric model and it's likely to go into production in the near future. The image shows the rear of the car and doesn’t quite reveal too much information about it. That being said, we can decipher that the Polestar 2 will have a raked-out rear windscreen, almost leading into the boot. Expect the Polestar 2 to have a nice flowing and aerodynamic silhouette. A smoothly carved out tail, full-width tail lamps and bulging wheel arches are some other details that were easily evident from the teaser.

In June 2017, Volvo rebranded Polestar as an electrified performance vehicle maker. At the time, the company also hired a new team to assist the brand in developing electrified high-performance cars. The first of them – christened the Polestar 1 – was unveiled in October 2017. The Polestar 1 is a hybrid coupe that claims to have a range of 150 kilometres on pure electric power. Given Volvo’s history and the new company policy, it will be interesting to see what direction the Polestar takes in the future.

Coming back to the Polestar 2, it's expected to be based on the same CMA (Compact Modular Architecture) platform as the XC40. This platform has already been developed to suit the necessities of an electric car. The Swedish car maker is expected to officially unveil the Polestar 2 at the Geneva Motor Show in March with the global launch to follow towards the end of 2019. While this is the second offering to wear the Polestar badge, recent rumours suggest that a third is already in the making.