Volvo to limit the top speed of its cars from 2020 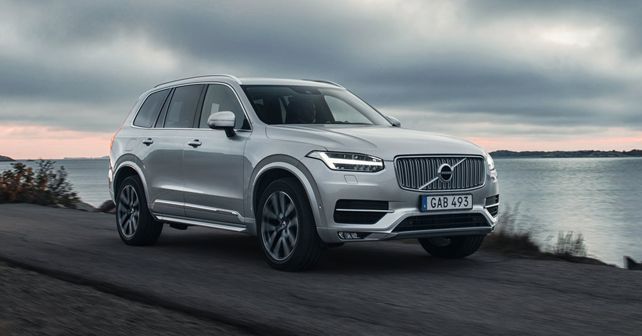 As part of its Vision 2020, Volvo has announced that starting 2020, all its cars will have a limited top speed of 180km/h in order to generate awareness on the dangers of speeding.

Volvo Cars, globally renowned for its strict stance on vehicular and road safety, has recently announced that it will put a speed cap on all its vehicles by 2020. The company’s Vision 2020, which aims for no one to be killed or seriously injured in a new Volvo by 2020, is one of the most ambitious safety visions in the automotive industry. However, realising that technology alone can't be the solution, Volvo has decided to broaden the scope of its campaign to driver behaviour as well.

'Volvo is a leader in safety: we always have been and we always will be,' said Hakan Samuelsson, President and Chief Executive of Volvo Cars. 'Because of our research, we know where the problem areas are when it comes to ending serious injuries and fatalities in our cars. And while a speed limit is not a cure-all, it’s worth doing if we can even save one life. We want to start a conversation about whether car makers have the right or maybe even an obligation to install technology in cars that change their driver’s behaviour, to tackle things such as speeding, intoxication or distraction,' he added.

Research by Volvo Cars has identified three remaining concerns for safety that constitute so-called ‘gaps’ in its ambition to completely end serious injuries and fatalities in its cars, with speeding a very prominent one. Apart from speeding, problems like driving under the influence of alcohol/drugs and distraction caused by the use of gadgets while driving are also among the leading causes of road fatalities, globally. In the United States, 25 per cent of all traffic fatalities in 2017 were caused by speeding.

Apart from limiting top speeds, the Volvo is also working on how a combination of smart speed control and geofencing technology could automatically limit speeds around schools and hospitals in the future.