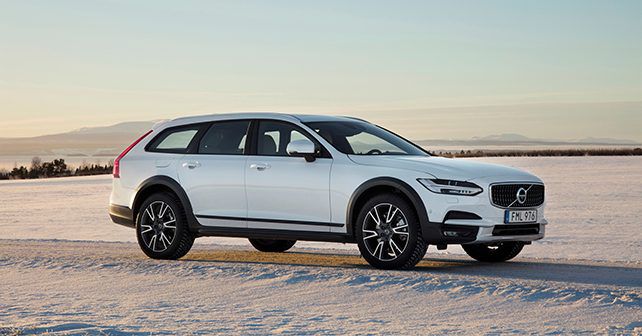 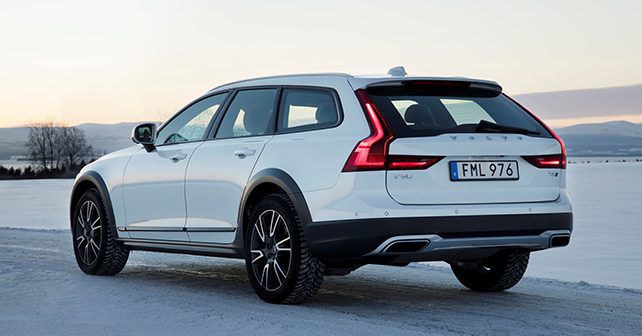 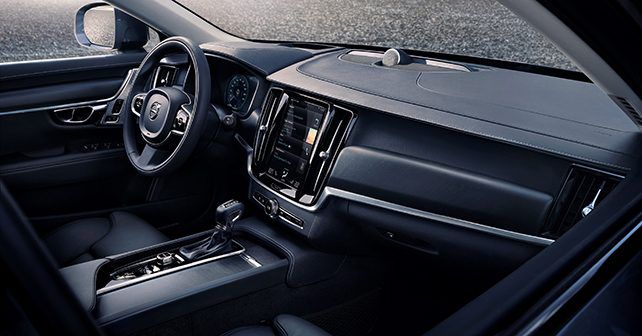 The India launch of Volvo V90 Cross Country is just around the corner. We bring you a better picture of what you can expect from Volvo’s latest estate model.

The term ‘estate’, in the automotive world, itself is synonymous with Volvo. Their latest estate offering is the Volvo V90, and Volvo has taken the regular road-going version, given it some clever all-wheel drive tech, different suspension set-up and embossed a 'Cross Country' badge on it. Here are some highlights regarding the V90 Cross Country which is on its way to India very soon.

Engine: Like all the latest Volvos that are arriving at Indian shores, the V90 Cross Country will be offered in the D4 variant. The V90 Cross Country D4 AWD features a 2.0-litre, twin-turbocharged, in-line 4-cylinder diesel engine which develops 187bhp and 400Nm of torque. The engine comes mated to an eight-speed automatic gearbox which sends the power to all four wheels. The V90 Cross Country can accelerate from 0-100km/h in 8.8 seconds and maxes out at 210km/h.

Driveability: The V90 Cross Country comes with Volvo’s all-wheel drive system. Predominantly the system sends power to the front wheels. However, when the system senses that the front wheels are losing grip, the system can send power to the rear wheel in an instant. While the standard V90 is a simple everyday car, the Cross Country pushes the envelope just a little to enhance its capabilities. With some differences like the suspension set up, higher ride height and plastic cladding on the wheel arches and side skirting, the V90 Cross Country hence is claimed to be quite capable on the rough stuff. The V90 CC also has a wading depth of 300mm.

Dimensions: The Volvo V90 Cross Country has a total length of 4,939mm, it is 1,903mm wide and 1,543mm tall. The car has a wheelbase of 2,941mm and has a ground clearance of 210mm. All of this results in an extremely large and spacious cabin with a significant amount of room in the boot.

Exterior Design: The V90 itself is based on the Volvo S90 saloon, except for added practicality it is designed to be an estate with a hatchback tailgate. The V90 Cross Country is nearly identical to the standard station wagon, however, it is easily distinguishable from the regular version even at first glance. The V90 CC features a similar front grille and headlamps with Thor’s Hammer LED daytime running lamps. The front bumper is slightly different as it features a skid plate with plastic cladding on the front lip. On the side, the wheel arches have been protected with further cladding which runs all the way along the side skirts to the rear bumper. The rear features Volvo’s signature L-shaped LED tail lamps with “Cross Country embossed onto the rear bumper, with further plastic cladding on the bottom of the bumper.

Interior Styling: The Interior cabin of the Cross Country is identical to the standard V90. It features Volvo’s award-winning design which is styled with simplicity in mind. The V90 CC has a roomy cabin which has an airy feel, as it was intended to be. The heart of the interior is the large vertically placed 9-inch touchscreen infotainment system. The system controls nearly everything on the car from the air conditioning to the stereo system, connectivity, navigation and even control the driving dynamics of the car. The system features Bluetooth and even WiFi Hotspot allowing access to third-party apps as well. The party piece of the V90 Cross Country is the Bowers and Wilkins premium sound system.

Safety: One does not simply talk about Volvo, without mentioning safety. The V90 CC comes with dual front and side curtain airbags, along with seat mounted driver and front passenger airbag. The V90 also takes the driver’s knee into consideration as well and offers an additional airbag for protection. Other safety features on the V90 CC include park assist, lane keeping aid, run-off-road mitigation, blind spot sensor, stolen-vehicle tracking, and traction control with ABS with EBD among many others.

The Indian market has never really been fond of estates. The only estate on sale in India currently is Audi’s high-performance RS6 model which is priced at a premium. However, the V90 Cross Country will take a humbler approach in trying to convince Indian buyers with its gorgeous looks, a more affordable price tag and arguably one of the best feature loaded and comfortable interiors on the market.

The V90 Cross Country is confirmed to be launched in India around mid-July 2017. Stay tuned for our hands-on first impressions report, which is to be published very soon.