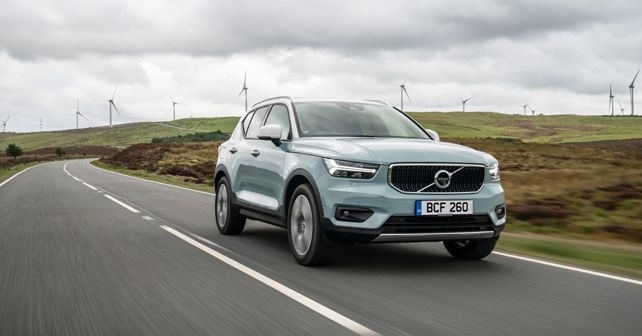 Volvo has given its top-selling compact SUV yet another big dose of upgrades; the updated range is currently on sale in the United Kingdom.

Volvo just can't seem to stop improving its already top-selling compact SUV, the XC40. This time around, the upgrades have been made to the XC40's existing petrol powertrains, exterior colour options & equipment list. In August 2018, Volvo had added its first-ever three-cylinder T3 petrol motor to the XC40 line-up. However, at that time, the option had been released with only a six-speed manual transmission. Now though, the 1.5-litre T3 motor is also available with an eight-speed automatic gearbox. The T3 motor also benefits from increased power output, up from 154bhp to 161bhp.

Coming to the upgraded equipment list, the XC40 now gets auto-folding door mirrors, a 12V power socket in the boot, a lockable glove box & load protection net. These features have been added over & above the standard kit which includes sat-nav, dual-zone climate control, rear parking sensors, etc. Volvo has also introduced an updated Blind Spot Information system (optional), which gets a Steer Assist function. With the Steer Assist, the XC40 can steer itself back into its lane through corrective steering, in order to avoid collision with a vehicle in its blind spot.

As mentioned above, the XC40 also gets three new exterior colour choices: Thunder Grey, Glacier Silver & Pebble Grey. However, this is not the end of the XC40's updates. Volvo will soon introduce another variant in the compact SUV's line-up, a T5 Twin Engine petrol-electric plug-in hybrid, details of which will be released in the coming months.