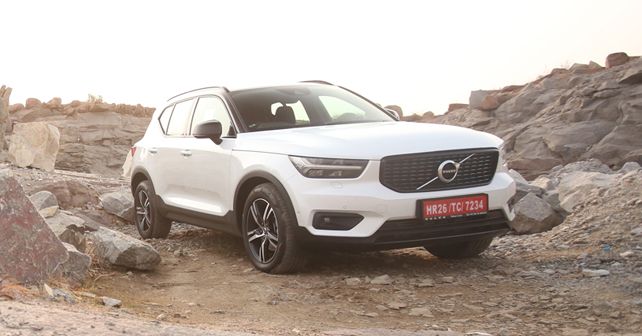 Volvo enters the compact luxury SUV space in India with the launch of its brand new XC40 that’s based on the company’s equally new CMA platform. It will be offered in the single top-end Inscription trim.

The compact luxury SUV segment has become quite the playing field for car makers. The German triumvirate has been at it for a while now. But now, the Swedes have entered the party. And just one look at the brand spanking new XC40 is enough to tell you that this one sure is going to be grabbing eyeballs everywhere. The newest German car in this segment is the BMW X1, but one look at the Volvo makes you realize just how modern it looks in comparison. Complete with its Thor’s hammer headlamps, R-Design body kit and all the bells and whistles that come with this top-end Inscription variant, the XC40 simply steals the show in this segment.

Standard equipment in the car includes the 13-speaker Harman Kardon infotainment system hooked to the massive 9-inch Sensus touchscreen that houses all infotainment controls, HVAC controls, and vehicle settings. Then there are the ventilated and heated front seats along with a host of other features. The cabin is draped in leather and comes with driftwood inserts complimented by silver accents that lend a nice touch to the all-black cabin. But if you fancy something livelier, Volvo offers something called the Lava trim that gives the car orange carpets, floor mats and door pad inserts. The reason behind this Lava trim option is, Volvo says the XC40 is designed for millennials and this gives the younger buyer a livelier option. 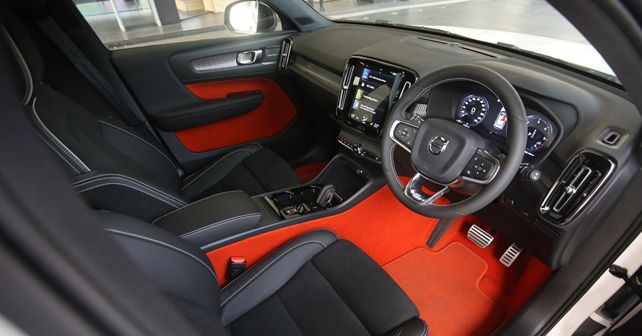 The XC40 also comes with a raft of safety features. Alongside airbags all around, the car comes with a segment-leading front radar that packs in a host of safety measures such as, Pilot Assist, Adaptive Cruise Control, Lane Keeping Aid and even Oncoming Lane Mitigation, City Safety, intersection braking, etc.

Under the hood, Volvo is offering the XC40 in India with the company’s 2.0-litre, four-cylinder, turbocharged diesel engine that is good for 188bhp and 400Nm. The engine is mated to an Aisin 8-speed automatic gearbox and power is sent to all four corners via an all-wheel drive system. So, this puts the XC40 bang in contention with its competition as they come with similar powertrains, leaving out the petrol option.

Priced at Rs. 39.90 lakh (ex-showroom), the new Volvo XC40 sure seems to pose a strong threat to its competition on Indian soil.