Volvo XC40 to launch in India on July 4 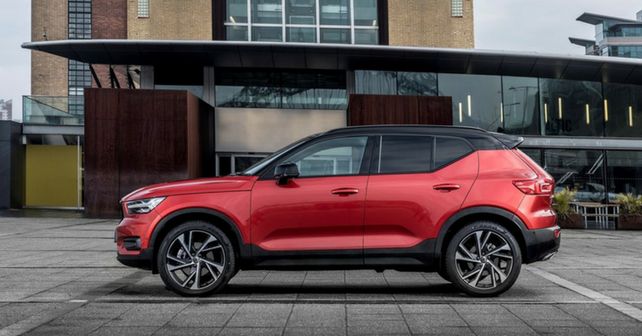 The most affordable Volvo SUV is coming to India soon.

Volvo has confirmed that its third and smallest SUV - the XC40 - will be officially launched in India on July 4, 2018. Bookings for the baby XC are now open for an amount of ₹5 lakh.

The XC40 is a brand new model from Volvo and marks the company’s entry into the fast growing compact luxury SUV segment, which includes established German rivals like Audi Q3, BMW X1 and Mercedes-Benz GLA.

The XC40 has proved to be quite successful worldwide. In fact, just today Volvo also announced that it has received almost 80,000 orders for the vehicle and is therefore expanding its production in China and Europe to meet its high demand.

The XC40 is the Volvo first vehicle to be based on Geely's brand new CMA platform. While a range of petrol and diesel engines power the XC40 globally, in India, Volvo has decided to launch it only with the D4 2.0-litre diesel engine that produces 188bhp of max power and 400Nm of peak torque. Power is fed to all the four wheels via an 8-speed automatic gearbox.

Initially, the XC40 will be only sold in the top-spec R-Line trim in India. Therefore, all premium features like wireless charging for phones, premium 12-speaker Harman Kardon audio system, ventilated seats, etc. will be standard. This means that the SUV will not have a low starting price, but Volvo may add lower-spec variants to the XC40’s range later.