"We Screwed Up", says Volkswagen US boss 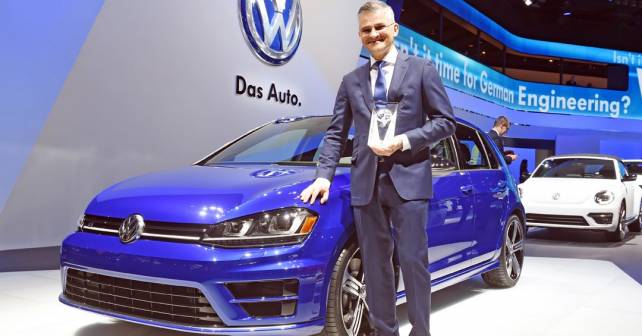 By now you must have already heard that one of the largest car makers in the world, Volkswagen, has been caught red handed in the middle of the biggest automotive scandal ever. VW shares plunged nearly 20% after the Environmental Protection Agency (EPA) found that software in several diesel cars could deceive regulators. US regulators have said that VW diesel cars had much higher emissions than when the cars were actually tested. Now, because of this, other governments have also announced that they will investigate VW cars in their respective countries.

All cars, including VWs are tested in the US by the EPA in a controlled environment. That means running them on a stationary dyno. So any car on a dyno has its front wheels rolling while the back wheels stay still. This then activates a testing mode in the cars. All cars have this mode but it turned out that the VW models in question performed differently during the EPA tests to meet emissions targets that differ from their performance in the real world.

The fact that VW was cheating on emission tests came to light when testers in Europe noticed that Volkswagen cars were spewing harmful exhaust when driven on the road, but in the lab, they were fine. One agency decided to test the same vehicles in the US because they have higher emissions standards than the rest of the world and a history of enforcing them. However, the tests once again showed huge problems, and so the EPA refused to certify VW's 2016 models for sale - a routine process for most automakers.

This is when VW engineers continued to suggest technical reasons for the disparity between the different test results, but none of the explanations satisfied regulators. This is when the lid blew off the whole situation and Volkswagen AG admitted that it built “defeat-device” software into a half-million of its diesel cars from 2009 to 2015 that automatically cheated on U.S. air-pollution tests.

The German company based in Wolfsburg said it is cooperating with regulatory investigations and ordered its own external probe, but too much damage had already been done and it looks like the company could face fines up to $18 billion. The VW investigation covers seven years of production diesel cars, including the VW Jetta, Golf, Beetle and Passat and the Audi A3.

Michael Horn, Volkswagen US CEO said, "Our company was dishonest with the EPA and the California air resources board, and with all of you, and in my German words, we have totally screwed up."