Wraps are off the new Mini Cooper 3- and 5-door 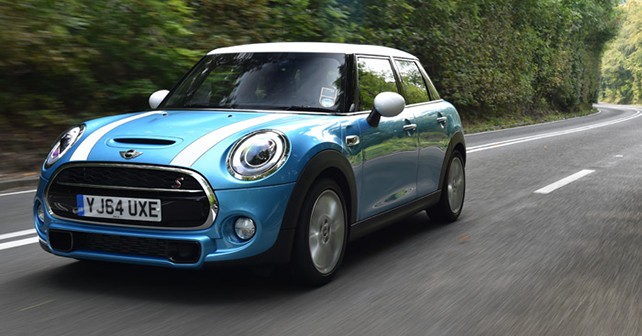 Good things come in small packages and Mini Cooper is the perfect example of this old saying. Mini India launched the 2015 Cooper range, including the 3- and 5-Door variants, and are available at Rs 31.85 lakh and 35.20 lakh, ex-showroom across India. At the moment only a diesel version will be available in India, while the hot hatch Cooper S will make its way sometime next year. Underneath the hood is the three-cylinder 1.5-litre diesel powerplant that makes 114bhp and 270Nm of torque.

The 3-Door Mini's dimensions have increased as it is 98mm longer, 44mm wider and 7mm taller than the previous model. Interior is a lot more spacious thanks to the 28mm longer wheelbase. On the other hand, the 5-Door is based on the 3-Door but it gets an extended wheelbase, 72mm to be precise. It is also 162mm longer and 11mm taller than the 3-Door.

Even though the Mini looks quite similar to the outgoing model, it gets some additional features like much needed LED headlamps and daytime running lamps, while the pillars are painted all black. The interior too gets a slight re-jig as the instrument cluster, including the speedometre, is now moved to the conventional place, behind the steering wheel. The power window toggle switches are now on the doors. Both were previously situated on the centre console.

The MINI is now also fitted with two different versions of BMW’s iDrive system, called the MINI controller to control the functions such as navigation, entertainment etc.