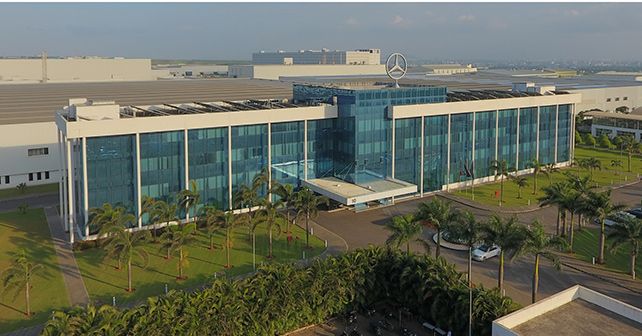 After being under lockdown for more than 45 days, car- and bike-makers have finally resumed operations at their factories. TVS has started production at all three of its factories. Only essential staff at Mercedes-Benz's will be permitted.

Several Indian automobile manufacturers and ancillary companies have commenced operations, starting today. Isuzu, Mercedes-Benz, Royal Enfield, Toyota, and TVS, among others, have confirmed that their factories will now resume.

The official statement from Mercedes-Benz confirmed that they will gradually bring production back to normal over the next few weeks. As of now, production has restarted with only the essential staff resuming office at the factory – all other employees will continue to work from home. The German luxury carmaker also revealed that some dealers across the country have also opened their shutters in accordance with the government directives. Similarly, Toyota too has resumed operations in a graded manner at its facility in Karnataka. Meanwhile, Isuzu has also received all the necessary approvals to restart production at its factory in Chittoor, Andhra Pradesh.

Among the two-wheeler manufacturers, Royal Enfield and TVS have also unlocked their factories and are back in action. All three of TVS’ factories, in Hosur, Mysuru, and Nalagarh have resumed. While Royal Enfield, too, has resumed production at its factories, the bike-maker confirmed that its corporate office in Gurugram and its R&D centre in the UK will remain closed and employees will continue to work from home.

The automotive industry has had a difficult FY2020 with sales across all categories going down. With the lockdown being enforced for the month of April, the numbers have plummeted further. On the brighter side, with factories commencing operations and normalcy looking closer now than ever before, all car and bike launches planned for April and May will be executed soon.