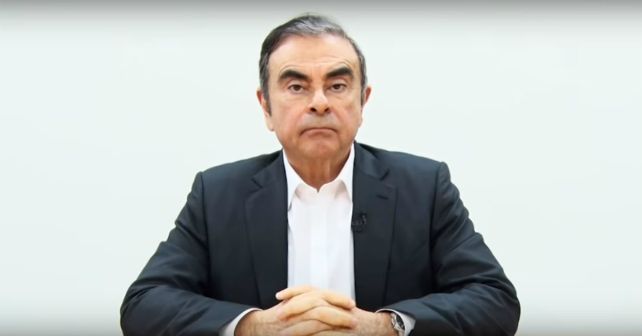 Carlos Ghosn has released a video on his twitter account claiming that he is a victim of a ‘conspiracy’ by some former executives. The former Nissan boss was scheduled to have a press conference on 11th April but was re-arrested last week

Last week, Carlos Ghosn announced a press conference on 11th April to share his side of the story. But before the press conference could take place, the former Nissan boss was arrested for the fourth time. The Brazilian-born has now released a video on his official Twitter handle claiming that he’s a victim of a conspiracy by some of his former executives. Throughout the video message, the 65-year old maintained denial of all the accusations against him. “I’m innocent. You’ve heard it from me in January, and I’m repeating it. I’m also innocent of all the accusation around these charges, that are all biased, taken out of context, twisted in a way to paint a personage of greed and dictatorship.”

Ghosn was the mastermind behind Nissan’s miraculous turnaround in 1999-2000 – from a $20 billion dollar debt to being among the most profitable automakers in the world. In fact, he was also the architect of the Renault-Nissan alliance and responsible to bring Mitsubishi on board in 2016. Although the three companies were part of the Alliance, they retained their own identity.

In November last year, Ghosn was removed from his position as Chairman in Nissan subsequent to a serious accusation of misconduct by him. After an investigation, Nissan officially announced that Ghosn had been underreporting compensations to the Tokyo Stock Exchange in order to reduce the amounts of his own compensation. Another statement from the company revealed that Ghosn had been using company assets for personal use.

In the video released on Twitter, Ghosn further said, “This is a conspiracy. This isn’t about specific events. There was a fear that the next step of the alliance, in terms of convergence and moving towards a merger, would in a way threaten certain people and the autonomy of Nissan. I’ve been the fiercest defender of the autonomy of Nissan and I have made it clear that no matter what are the steps in the future, this would continue. But the fear came because the performance of Nissan has not been good.”

Reports suggest that Ghosn was planning a merger between Renault and Nissan before he was arrested in November. In fact, the idea was opposed by the Japanese car maker’s board keeping in mind that it has just 15 percent stake in Renault and it may not get any control or voting rights in the French counterpart.