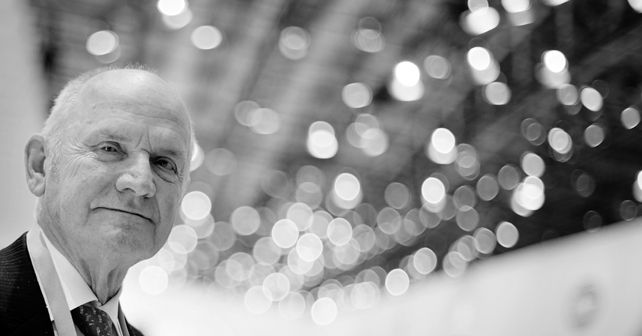 Ferdinand Piech has passed away at the age of 82. Unlike other bosses of the car world though, Piech was a mad genius and took risks and gambles that many wouldn't even dare to think. Not only did he change the fortunes of brands like Volkswagen, Audi, Bugatti, et al, he was also known for his bullish management style and his knack for pushing technological boundaries. Here's a look at how Piech became the most influential boss of the auto world.

Ferdinand Piech, the former head honcho of Volkswagen Group, has reportedly passed away at the age of 82. Piech led Volkswagen from 1993 to 2002 – before becoming the head of the supervisory board until 2015 – and can be credited for changing the fortunes of the German conglomerate throughout the years. Not to mention, under his leadership, Volkswagen Group not only rose to new heights, but Piech was also the brains behind some remarkable and iconic automotive projects across VW Group brands.

Piech, the grandson of Ferdinand Porsche, graduated as an engineer in 1963 and began his career with Porsche. Piech worked with Porsche until 1971 and was behind the company’s successful motorsports operations back then. The iconic Porsche 917 race car that brought the maker its first overall Le Mans 24 Hours victory in 1970 was developed under the leadership of Piech.

Piech was forced to move out of Porsche though as an agreement prevented members of Porsche or Piech family to be a part of the company’s day-to-day operations. However, this only made Piech claim even bigger achievements in life. From 1972, Piech joined Audi and he quite literally changed the face of the brand from a struggling carmaker to a reputable and premium marque that took the fight against biggies like Mercedes-Benz and BMW. Piech was also the man behind the birth of the Audi 80 and Audi 100 – which marked the inception of the current day A4 and A6, respectively – in the 1970s. However, Piech’s stint at Audi will always be known for the Audi Quattro rally car that was the first all-wheel-drive rally racer of the time and, as a result, was hugely successful. In fact, Audi’s all-wheel-drive technology is still called quattro and the moniker sits proudly on Audi’s SUVs, sedans, wagons and even sportscars today.

After Audi, Piech moved to Volkswagen as the Chairman of the Board of Management. It’s said that when Piech joined VW, the company was three-months from filing bankruptcy! In his nine years tenure though, Piech drove VW out of debt and turned it into a global automotive powerhouse and a profit-making company against all the odds. Not to mention, under his leadership, the Volkswagen group acquired prestigious brands like Lamborghini, Bentley and Bugatti – all in a single year. Volkswagen also added Ducati (under Audi) and Porsche as well as MAN and Scania truck brands in Piech’s supervision.

Amidst all of this, Piech also betted big on bringing a modular construction technique/ common platforms across VW group’s subsidiaries. This meant brands like Audi, Skoda and VW had up to 65 per cent common parts, resulting in huge cuts in production and development costs. As a matter of fact, this principle is something that VW group of companies still swear by to date. In fact, other car brands also started adopting this technique for their products over the years.

While Piech was an engineering genius, he will always be remembered for his bullish and authoritative style of leadership. He was known for setting lofty goals for his engineers and pushed the technological boundaries in the automotive world beyond belief. Piech can be single-handedly credited for the resurgence of Bugatti by pushing the Veyron into production. In case you need a reminder, the Veyron held the record for being the fastest production car for nearly a decade after its launch in 2005. More importantly though, with 16-cylinders (W16), quad turbos and a top-speed in excess of 407km/h – later versions even hit 432km/h!–  the Veyron became a technological marvel like no other back in the day.

The Volkswagen Phaeton was another one of the ‘crazy’ projects that were turned into reality by none other than Piech. Reportedly, Piech wanted to create a worthy rival for the Mercedes-Benz S-Class. But he wasn't just aiming for an S-Class beater - Piech wanted to create a benchmark, obviously. So, he gave his engineers ten parameters that the Phaeton must meet. While not all of these were made public, there was one that was revealed to car reporters back then, which was that Piech wanted the Phaeton to be capable of being driven at 300km/h all day with the outside temperature of 50°C, whilst the passenger compartment maintaining 22°C!  Not to add, it was offered with a 6.0-litre W12 powertrain. Among some of Piech’s other ambitious projects were the XL1 two-seater diesel-powered plug-in hybrid and the quirky five-door MPV, the Audi A2.

Having done so much for the VW Group, many imagined Piech to retire gracefully. However, it wasn’t the case. In 2015, Piech resigned from the position of chairman of VW after a power feud with then-chief executive Martin Winterkorn. Winterkorn succeeded Piech, but soon after Piech’s departure, Volkswagen’s diesel emissions scandal, popularly known as the ‘Dieselgate’, came to light, which eventually forced Winterkorn to step down.

Ferdinand Karl Piëch – The Titan of the German Auto Industry

When will Volkswagen’s dieselgate turmoil end?