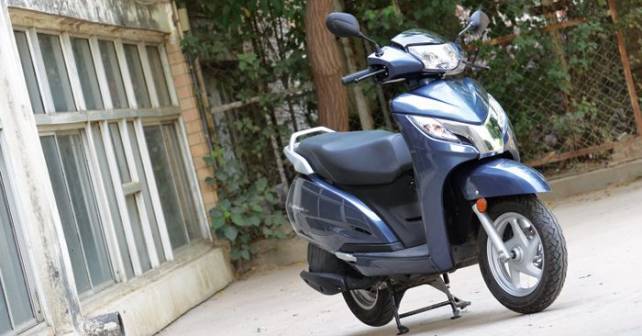 Honda two-wheelers has inaugurated its fourth manufacturing unit in India. Built under a record time of 13 months, the new facility is located at Vithalapur in Gujrat. According to Honda, the manufacturer has invested 1,100 crore in the new plant, while an additional 1,100 crore will be spent by the company’s part suppliers in setting up their respective manufacturing facilities in the area.

Production at the new plant will take place in two phases – the first production line will churn out 6 lakh units annually. The second phase will start sometime in the middle of 2016 with another production line kick-starting operations. It will also have an annual manufacturing capacity of 6 lakh units. Also, this plant will only be used to manufacture Honda's automatic scooters.

Commenting on the occasion, Mr. Noriaki Abe, Chief Operating Officer - Asia and Oceania Regional Operations, Honda said: “In case of two-wheelers, ASEAN countries contribute 13.8 million sales which is 80 per cent of Honda’s global unit sales with the production facility in 9 countries. India is the fastest growing economy in the world, and is one of the most important and fast growing markets for Honda. With this vision of growth, today we have achieved a new milestone for our business in India. We are inaugurating our 4th factory in Gujarat. This will make India to attain No. 1 position in all ASEAN countries.”