Claiming the top spot last year as well, Hyundai Motor India Limited (HMIL) has once again secured the top rank in the J.D. Power 2018 India Customer Service Index (CSI) Study for mass-market brands by achieving a score of 912 out of 1000. However, in individual comparison, Hyundai has dropped down 11 points, when compared to its 2017 score of 923. Tata Motors has been ranked second-best with a score of 874 while the top three is rounded off by Mahindra at 865 points. This year, however, Maruti Suzuki, which was ranked second in the 2017 study with a score of 893, has dropped down a shocking five places to end up in 8th position with a score of 804.

This year's CSI study was based on responses from 9,045 new-vehicle owners who purchased their vehicle between March 2015 and August 2017. The study was fielded from March through August 2018. Based on the current findings, it has been revealed that customers who are aged 30 years and younger expect a higher quality service experience when their vehicle is being serviced. According to J.D. Power, this is a significant revelation as the automotive industry in India attracts a large influx of younger customers, with nearly 28% of customers who visit dealerships for service being aged 30 years or younger.

Consequently, the study also highlights the fact that younger customers have higher expectations of the service processes executed at the dealerships than more mature customers. Besides this, the study also shone some light on other factors involved in the dealership service experience, such as digitisation helping in increasing customer satisfaction. More than 58% of customers reported higher satisfaction levels when their service advisor used a tablet for recording a service log.

It has also been found that a higher engagement level between the service advisor and the customer generates more revenue as in such a scenario, the customer is more likely to agree to extra service work recommended by the advisor. Moreover, in 2018, the number of customers who prefer waiting at the dealership during their vehicle's service has seen a 10% jump since 2014 and is now at 31%. This can be attributed to a faster service turnaround time.

Commenting on the findings of this year's study, Kaustav Roy, Regional Director at J.D. Power stated that 'India’s population is expected to be among the youngest in the world by 2020. This shift in demographics will likely further attract more customers in this age group to dealerships, so it is imperative to understand the needs of this set of customers in terms of convenience, speed and transparency. Dealers will then be in a better position to meet the expectations of this demographic by providing a superior service experience and, in turn, enhancing customer loyalty.' 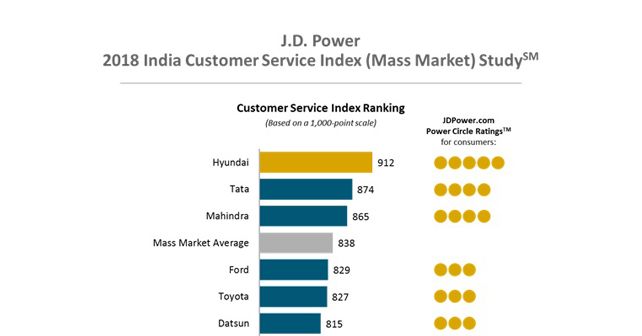 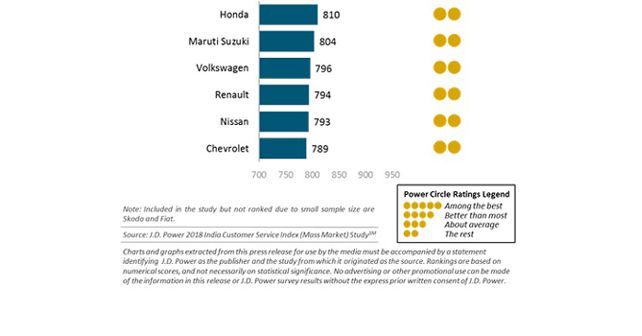