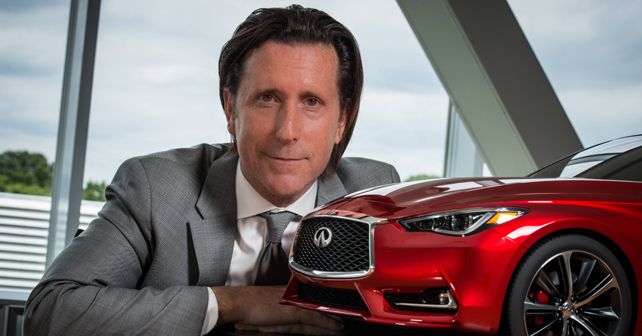 On his second visit to India for the launch of the new Nissan Design Studio in Chennai, Alfonso Albaisa shares the experience of his trip to India and we get a chance to know more about the future plans of Nissan for India and how India will play a crucial role in the design and development of future Nissan models.

As you mentioned that you make it a point to interact with students from a nearby institution of the area that you are visiting, did you get a chance to do the same on this trip as well?

This time, my visit to India had two aims. One was to look at the new design studio and second, to bring a kind of discussion to the high school kids of India, of Chennai in particular. I run a program titled the 'Roots of Design' which might sound like it deals with the very foundation of design but, while it does focus on that as well, mainly it deals with the human aspect of it. In my travels around the world, one perception that I seem to find common among the people is that being an artist is a risky decision whereas becoming a designer is somewhat safer, but still not as secure and stable as being an engineer or a doctor or any other such respectable profession. So, as I have seen and interacted with numerous kids around the world, I know the kind of talent that they have and the corresponding opportunities that are waiting for them. So I interact with the high school kids and their parents and discuss with them about numerous applied arts, such as architecture, industrial design, fashion design, etc. so that they are aware of the existence of such courses and how they can consider them as professions.

We were at the Chennai Public School today, in Anna Nagar, where we first interacted with the Principal and then went on to meet the students along with their parents. The discussions we had there were long, and the engagement was mostly in the form of a Q&A session. The slideshows were more like skeet shooting, where a topic was thrown up for discussion and went on over it for quite a while. In the end, I was super impressed. The quality of the questions asked by the students was just stunning. And then, once the other kids were aware that I was in the building, they started bringing up their projects to me. A 13-year old boy came up to me and showed me a 3-D car design that he had been modelling on Autodesk. I mean, a 13-year old doing this is pure genius.

Can you give us a few insights into the new Nissan Design Studio in Chennai? Will it also cater to Datsun, along with Nissan?

So at this point, I can't reveal the details of the projects that are headed here but I can say that there will be two types of them. One of them will be the designs which are done in any one of our centres in the world and then they will be headed here to get rationalised, or 'made real' with our team of engineers here. Right now, these are the kind of projects that we are working on but very soon, we will be starting work on projects and programs specifically for India this country, with its diversity and large population, offers unique demands and challenges for us. Also, the movement of society and the technology coming here will ensure that plenty of cars are sold here. so we will be building some cars here, from scratch and other aspects such as designing new concept cars, interior design, exterior design and other such functions will also be done here. Datsun and Nissan will be taken care of here, but not Infiniti. Due to the way we work in Global Design, all our studios, including the one in India, feature the same capabilities and technology.

Any specific capability that is being built here, wherein the Indian design studio becomes a global strategic hub?

The eyes! I think the ability to know what's happening in India cannot be duplicated anywhere else. You need to be present at the place which is bustling with change. So, the technical aspects, that is, the kind of work that they do here will remain the same as at other centres, however, some changes will be there in terms of the 'way' the work will be done. Like in China, they tend to be more digital in their approach whereas, in California, the still prefer the physical way of working, through clay modelling and other such techniques. In India, because of the kind of education and training given here, there is great competency in the digital aspect in terms of creating data and design. However, the studio here will have all forms and facilities of design available, from clay to digital.

Any contributions of the Indian team to global projects, such as the Nissan Kicks?

I won't say there were many contributions to the Nissan Kicks, mainly because work on it had begun a long time back and also because the product planning was not really meant for this country. That is why the Indian design studio will serve as the eyes for us and because we are a big company, dealing with products launched on a global scale, we need to be careful that the product has been changed accordingly for the region in which it is being sold. Due to the requirement of this kind of agility and sensitivity, we are proud to have such a capable team of designers and engineers here in India.

With the recent success of the Renault Kwid due to its India-centric design, can we expect something similar from Nissan as well? Perhaps a product which is specifically designed and built for India...

My team in India is very young. So, I turn to my brothers and sisters at Renault, who have been in India much longer and have given us a nice benchmark. Again, with the eyes and feel on the ground, along with our close proximity to them allows us to collaborate and discuss projects closely which allows us to make good vehicle concepts. So, my mandate to my team in India is to make something spectacular for India, something which I cannot imagine sitting at my desk in Tokyo, that's the kind of value they are bringing to my team, to be in a place where I can't be. I don't want my team to wait for the projects to be handed over to them, I want them to come up with projects and bring them to us, bring me the reason, give me a sense of the changes which are taking place on the streets so that together we can collaborate and make some good cars, by shifting the resources back and forth. What I will say that India is not an easy place to ramp-up production, due to a strong competition in the Indian talent and the fact that we are not the only new kids on the block. Since Renault has been here longer, they have gained a good position which is definitely attractive. I'm not committing to any numbers here, but I do wish to have the ability to produce cars here. 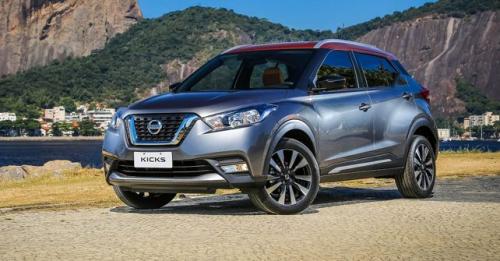 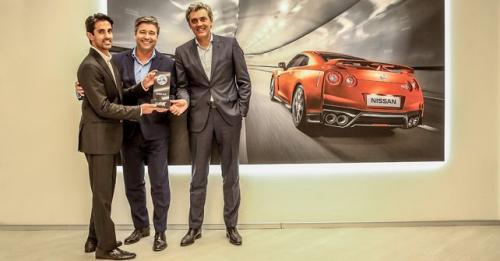 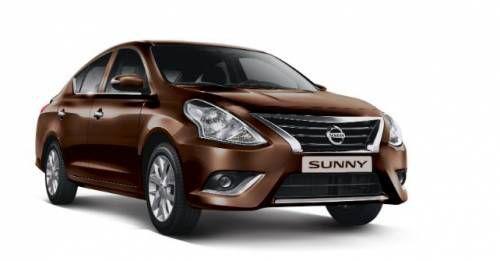