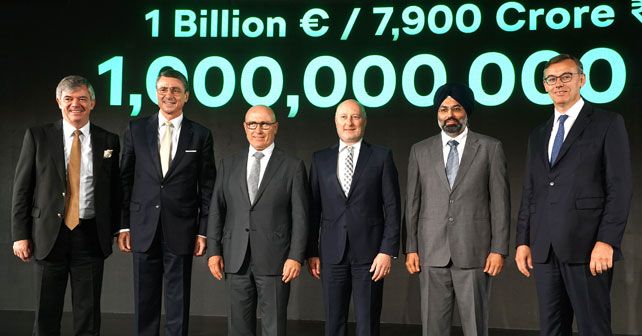 The Volkswagen Group has announced its bold ‘India 2.0’ plan that aims to develop India specific products, bearing in mind the very demanding nature of the Indian car buyer.

As reported earlier, the Volkswagen has announced its intentions to rejig its India game plan – with major structural changes. At the forefront of this plan are two major announcements – first, the Volkswagen Group will be investing €1 Billion in India for the purposes of future growth and developing products specifically for the Indian market. And, second, Skoda India will be put in charge of leading the development of the Group’s India-specific models. In fact, as part of the global restructuring of the Group, Skoda will take the lead in developing products for both India and Russia.

“Experts predict that, in the next few years, India is going to become the third largest automotive market worldwide. With our ‘India 2.0’ project, we are now creating the right conditions for sustainable growth here. Our objective is ambitious, but achievable. Together with the Volkswagen brand, we are seeking a market share of up to 5% (by 2025),” said, Bernhard Maier, Skoda Auto CEO.

Maier also admitted that, while the brand has been present in India for 17 years, and has increased its deliveries by 80% between January and May this year, the Group as a whole has struggled in India. “We must have a higher objective, so we have come up with this,” said Maier. Echoing this sentiment was new Skoda India MD, Gurpratap Boparai – who’s a veteran of the Indian automotive industry, and was formerly the CEO of Fiat India. “Skoda is here to be a more significant player. We will not be a marginal player anymore,” said Boparai.

Implementation of this plan involves setting up a brand-new design and development centre at the Chakan plant, on the outskirts of Pune, to develop these Indian-centric models. Skoda’s plan is to achieve 90% localisation in order to meet their cost objectives for these new models.

The €1 Billion will be channelled through 2019-2021 into developing new models for India. This will be done by developing a heavily localised version of the Volkswagen Group’s MQB platform that will be called the MQB-A0-IN. The MQB AO itself is designed to be a sub-compact car platform globally. Furthermore, MQB-A0-IN will take India’s climatic conditions and local tastes into consideration for developing cars specific to the market. 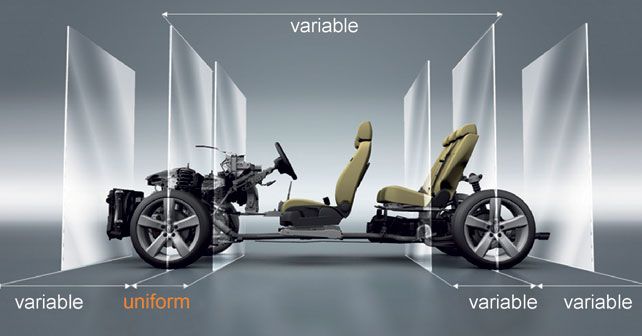 The first product to come out of this platform will be a mid-size SUV (to take on the likes of the Hyundai Creta) that will be revealed to the world in India during the second half of 2020. The VW Group estimates that the SUV segment will grow by up to 75% by 2025. Following this, the platform will give birth to the next generation of India-specific models – which, at present, include the Volkswagen Polo and Ameo, as well as the Skoda Rapid and Volkswagen Vento. The product offensive will include two new models from Skoda and Volkswagen respectively from 2020 onwards – the first of which will be the SUV.

The Group expects major growth to come from semi-urban and rural areas, and to cater to these markets Skoda aims to double its dealer network in the next 3 to 4 years. The Group also envisions creating 4,000-5,000 new jobs as part of the ‘India 2.0’ plan.

In the second phase of the Volkswagen MQB-A0-IN plan, the group will be looking to export these cars to overseas markets.

Skoda currently sells 1.2 million cars per year globally, and they aim to take this figure up to 2 million per year by developing new markets and fully exploiting the potential of existing markets. And to cement its growth in India, the India 2.0 plan has a three-pronged strategy. First, the brand aims to offer best-in-class customer service, while focusing more on what customers want. Secondly, they will keep costs in check, which will be done by heavy localization. The third aspect is timing, and this is where SUVs come in – since they’re certainly highly in demand at present.

“With the ‘India 2.0’ project, Skoda Auto India and the Volkswagen Group India are in an excellent position to optimally confront the dynamics of the Indian car market. In India, we will offer world class products at prices that amount to a paradigm shift in the automotive industry. We will manufacture the new products on the localized MQB AO platform, which already meets the stricter emissions and safety standards that are expected to come into force in India in 2020,” said Boparai.

Moreover, the MQB platform is future-ready – as it already spawns electric vehicles built on this architecture in Europe. So, the Group will be well poised to react to further changes in the Indian automotive ecosystem in future.