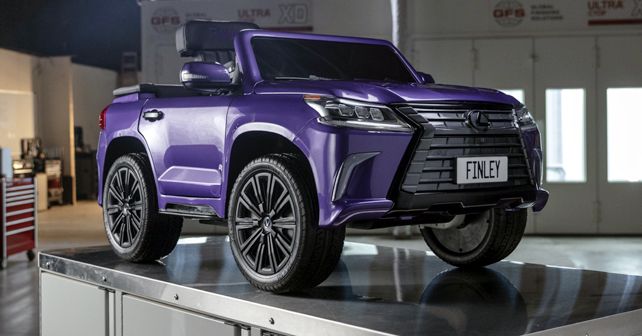 The noble initiative from Lexus and CPF paves the way for developing further mobility solutions for children who are affected by cerebral palsy.

Lexus and the Cerebral Palsy Foundation (CPF) have jointly developed a ride-on Lexus LX toy car for children suffering from cerebral palsy. Both Lexus and CPF have worked towards identifying specific mobility challenges faced by kids with cerebral palsy while developing the one-of-a-kind ride-on vehicle. As a result, the toy car features an armrest joystick for controlling the vehicle's acceleration and direction, as cerebral palsy very often does not allow a child to hold on to an object for a long period of time (a conventional steering wheel, for example) and makes it nearly impossible to operate any foot-based controls (pedals).

Further, the inability to sit in a spot without moving for a long period of time is another aspect that's been addressed by Lexus engineers. They've made modifications to the seat by adding side padding for lateral support around the waist. Other aids include an adjustable headrest and a five-point harness. The car also features a larger than usual door size and low ground clearance for easy entry and exit. 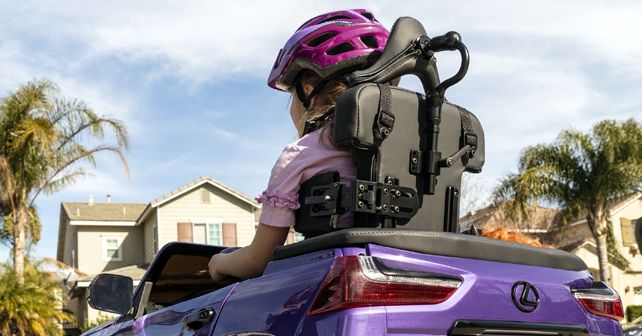 Developed with support from Givewith, this one-off ride-on toy car was presented to Finley Smallwood – a six-year-old girl suffering from cerebral palsy – at the start of this month, which also happens to be the National Cerebral Palsy Awareness Month. While all the above-mentioned modifications have been made as per Finley's requirements, the car has also been finished in her favourite colour, purple.

Sharing his thoughts on the project, Cooper Ericksen, VP of Product Planning & Strategy at the Lexus Group, said, 'At Lexus, our core design philosophy has always been human-centric. We create vehicles around the art and science of human needs. In this case, we wanted to push the envelope and explore what that might mean for a child with cerebral palsy who hasn’t been able to experience the joy of mobility like other children have. While these modifications will impact the life of one special child, it’s also a step in opening a door for exploring the vast possibilities of human-centric design.'