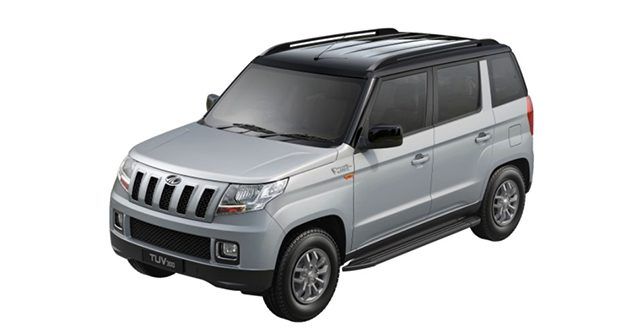 Mumbai Police has added a total of 195 TUV300 compact SUVs to its fleet. Chief Minister of Maharashtra, Devendra Fadnavis, flagged off Mahindra TUV300s from the Mumbai Police Commissioner’s office at Fort, Mumbai, on June 27.

The TUV300s will be used for patrolling by Mumbai Police. While we do not know the exact specification of the Mumbai Police spec TUV300, we are quite positive that it is one of the lower-spec models, but necessary modifications have been done to it as per Police fleet requirements.

Mechanically, the Police-spec TUV300 retains the tried and tested 1.5-litre, 3-cylinder, turbo-diesel engine that makes 100bhp of max power and 240Nm of torque. The cars given to Mumbai Police are very likely equipped with a 5-speed manual transmission.

The Mahindra TUV300 retails in India between ₹7.68 lakh and 10.91 lakh. The TUV is a more rugged option as compared to its rivals because it is underpinned by a body-on-frame construction.

Mahindra has also expanded the TUV’s range by adding the long wheelbase TUV300 Plus to its range. Recently, we exclusively reported that Mahindra’s other compact SUV, the NuvoSport, has been axed because of poor demand.