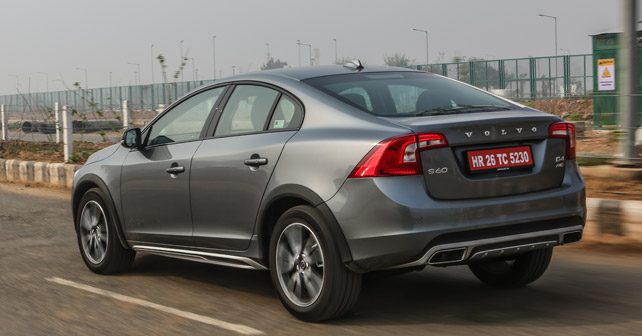 Spread across an area of over 26,000 sq.ft and 3 floors, the Vijayawada dealership will have the entire line-up of Volvo cars including the V40, V40 Cross country, S60, S60 Cross Country, XC60 and the flagship XC90. Another model is set to be added to the current model line-up in the shape of the new S90 sedan, which we recently drove in Spain.

Commenting on the development, Mr. Jari Kohonen, Volvo cars Group VP, Asia-Pacific, said , "India is an important growth market for Volvo Cars globally. With an expanding dealer network and an exciting range of car launches planned ahead in the year, we have a very promising year to look forward to."

"Thanks to the great performance of SRK Cars, Volvo Cars' share of the luxury car market in Andhra Pradesh is among the highest in India. Opening a new dealership at Vijayawada is an obvious step towards amplifying our position further in the state. With the launch of Vijayawada dealership, Volvo Cars is happy to be strongly present at two major cities in the state, with the other being Visakhapatnam." – added Tom von Bonsdorff, Managing Director, Volvo Auto India.