A not-so-easy pitch to play on 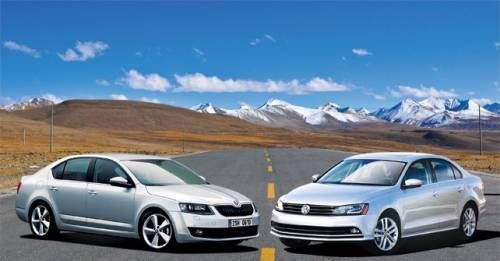 Ashish says that India is a very tricky market for global players, and this is a point perfectly illustrated by the troubles faced by VW and Skoda in this market.

I bought a Skoda Laura (better known as the Octavia internationally) at a time when the Honda Civic was still around, and the Toyota Corolla was the king of the segment. And now you think I’m an idiot. But I’m not! Though the Honda Civic had a fanciful interior (still one of the best actually) and the engine was quite a happy bunny, the car was otherwise a bit too compromised dynamically. The Toyota Corolla, on the other hand, was a bit… boring.

I bought the 1.8-litre turbocharged petrol model, and, even after 5 years of owning it, the car still gets me tickled-pink every time I get behind the wheel. Sure, it was hard to justify the purchase – Skoda, after all, hasn’t had the best reputation in terms of after-sales and maintenance costs. But the sheer joy that the old-school turbo fills you with – every time it whistles to announce its preparedness – is nothing short of immense! Its other attributes are equally impressive – the obedience of the suspension setup, keenness of the chassis, directness of the steering, and the quality of the interior.

But Honda and Toyota were always stronger and better than Skoda in a department that matters greatly to the average Indian – after-sales. Skoda, as I imagine you’re already aware, is owned by the Volkswagen Group. And the parent company, too, is plagued by much the same issues as those faced by Skoda. There’s a slight difference however. When Volkswagen came into India, I always thought it went slightly wrong in it’s positioning – i.e. a bit premium when compared to Skoda. Well, it hasn’t quite worked out as they planned. Skoda was always a premium brand in India, and Volkswagen placing itself higher up the food chain didn’t do it any good – especially because Skoda still enjoyed great brand value at that time.

India is a very tricky market for global players, and that’s clearly visible in the case of Volkswagen – the company has been struggling here despite all the financial might it possesses. Its dealers go mental when charging unsuspecting owners for service and spare parts. Understandably, the dealers make their margins and profits on after-sales, but the numbers in the case of Volkswagen dealers were just ridiculous.

The average industry margin on a new unit sale is between 3-5%, but Volkswagen had allowed for a higher margin of 5-6% for its dealers. But that didn’t seem to work out as expected. According to a report, Volkswagen, in an effort to tilt things in its favour, is now allowing as much as 10-12% of the car’s value as commission to its dealers. This is expected to help the end consumer, as the stress on earning through after-sales ought to be reduced. Additionally, in an attempt to be as transparent as possible, Volkswagen also plans to share service and spares pricing with its customers.

However, all this will take time to bear fruit. What Volkswagen needs desperately is a banging product that will stamp it at the top of the play and enable it take on the crocodiles in the lake head-on. What the company needs is a compact SUV. It needs the Taigun. Desperately! Or is it that I say this because I’ve had my eye on it since it was showcased at the Auto Expo, painted orange. Whatever the case may be, it would sure as hell better VW’s fortunes in India. But, then, you already knew this. I just wonder how the positioning of Skoda and Volkswagen will play out in the long term in the Indian market. Well, along with the board of management of VW AG, we’ll just have to wait and see I guess...